A MEETING WITH RUDY RICCIOTTI, ARCHITECT OF le19M

Le19M is the emblematic Chanel Métiers d’Art building designed by “Grand Prix National d’Architecture” winner, Rudy Ricciotti. His exceptional portfolio already includes iconic structures such as the Stadium de Vitrolles and the Mucem in Marseilles, and his work on the extension of the Louvre, to name but a few. Perched on the edge of Paris’ 19th arrondissement and the Parisian banlieue of Aubervilliers, 19M is a delicate construction. It’s a physical materialization of the long-time relationship between Chanel and over forty Maisons, that include hatmakers, embroiderers, couturiers, and leather workers to name but a few. Designed with the comfort of the craftspeople who work inside the building ever at the forefront, Ricciotti developed an intelligent and sustainable structure that self-manages the natural heat and light of the day.

AL: How long did it take to fully realize le19M, from the start of the competition to the completion of the building?

RR: It took about a year between the start of the competition, including the call for bids and the end of the initial studies and then three years of construction. It went rather fast in the end, we wrapped it up in about four years, between the architectural design competition in the Pavillon de l’Arsenal in April 2016 and the time of the first move in on the 5th of March 2021.

AL: Who were the other architects that participated in the competition?

RR: Well it was by invitation, there were three of us altogether, and all three previous winners of the “Grand Prix National d’Architecture”, so it was a fairly high level. It was between Lacaton and Vassal, Dominique Perrault and I.

AL: Why do you think you won?

RR: I think that Bruno Pavlovsky, the President of Chanel SAS, quickly perceived the values conveyed by our architectural narrative. I didn’t see the other projects in competition but I assume that one was very minimalist and the other maybe very brutalist. I imagine that Chanel were more inclined to choose a more feminine and sophisticated project.

AL: It’s also a project tied to the concept of “Made in France”, so it makes sense to have a French architect. What were the main constraints?

RR: There were no real constraints aside from the fact that we were working with two plots of land in two different municipalities, one in Paris and the other in Aubervilliers, so there were some regulatory issues we had to align. On the one hand, Aubervilliers said that the facade was the exoskeleton, whereas Paris thought that the façade was the glass etc. I had to fight a bit to get our way. Ultimately, le19M is a project with a tree-form “exostructure” which rises 25 meters high in a single piece. It was a strong collaboration between Romain Ricciotti, who was the structural engineer, and Enzo Ricciotti, an architect who played a big role in developments both onsite and at the agency. Of course, we considered all the relevant criteria to achieve maximum comfort for the workers. Our use of natural light produced results that were greatly appreciated by the textile design workers who, for example, need to see details in high definition. I should emphasize that I also paid special attention to the overall economy of the work. My engineering and architecture training after forty years of practice has given me a mastery of complexity and rapid response times across several disciplines.

AL: How did you imagine these “concrete threads” when designing the building?

RR: The complexity of the facades (elements woven in concrete form a single piece measuring 25 meters tall) is the fruit of research and development undertaken by my architecture agency for the last 40 years and supported today by the structural engineering consultancy Lamoureux & Ricciotti. Natural light was the main focus in order to allow the expert hands of haute couture to exercise their talent under optimal conditions of maximum visual acuity. Every workstation offers a gradual filtering of light up to full darkness. Acoustic comfort is also highly developed (against city noise and inside with absorbers). Each artisan had the opportunity to define, build and personalize their own workstation. The building was based on French expertise and with local craftspeople and technologies in order to promote the social cohesion of the workers. Moreover, the people who will be based inside were delighted by the management of their light and thermal comfort. It’s unanimous! In fact, light is filtered not only by the concrete threads, but also by other motorized filters inside.

AL: You say that you do not draw but instead explain to your employees. What is your creative process?

RR: I don’t draw. I gave up drawing a long time ago because I find that it’s too slow. To me it’s a rather painful moment of self-celebration. I remember a story about a famous architect who drew his own hand, whilst in the process of drawing. It’s onanism to the extreme. I don’t know if I have mastered technical drawing either When I draw, it’s to soothe my own neuroses, they come prior to the act of creation so I never do it in the agency. No one ever sees me drawing at the agency. I think it’s indecent. In architecture, I think hand drawing is inexcusably pretentious. Today, the creative process is tied directly to the sum of various expertise: urban architecture, technology, functionality. It’s more than a hand can draw. Hand architecture is one of the most pornographic acts of the modern movement. Design doesn’t work that way.

AL: I assume you don’t use a computer either?

RR: No. I don’t touch the computer because I find it impure, and it’s not always an advantage. We have a lot of IT at the agency, but I don’t go near it.

AL: How do you guide your employees to explain an idea, just in words?

RR: No, we all work on digital tools. We have some very powerful digital tools. In fact, managing these tools is fairly costly for us. Then I work in words. I think words are more important for fueling architecture than the images we receive from outside. I go through literary periods. Right now, I’m fascinated by 19th century literature. Sometimes I read Barbey d’Aurevilly next to my fireplace until five in the morning and I have tears in my eyes. When I see the complexity of 19th century literary narration, the finesse, the elegance, I find our language today to be fundamentally vulgar and pornographic.

AL: What do you think about ­Marseilles, the South, and La Cité Radieuse?

RR: La Cité Radieuse is obviously a masterpiece. But let’s not forget that it’s still a masterpiece that was commissioned under the Vichy regime and that dates back to the fifties. I’m not criticizing Le Corbusier or the masters of the modern world. I’m putting the heritage of the modern movement on trial, especially when we look at this neo-modernity that it produced. The real estate operations in Paris are oppressive, there’s no story.

AL: There have been two emblematic buildings in your career: the Stadium de Vitrolles and the Mucem. Is le19M the third?

RR: There is also the Louvre extension, where we introduced a more Orientalist direction within the Visconti courtyard, which itself is a masterpiece of 18th century rationalist architecture. I would say personally, that I think le19M is now my fourth emblematic project.

AL: What do you think will be the legacy of le19M, where do you see it in the future and how did you approach the issues of longevity and durability in the design process?

Read the rest of the interview in Crash 96 available here and discover the images from the fashion story with Kim Schell. 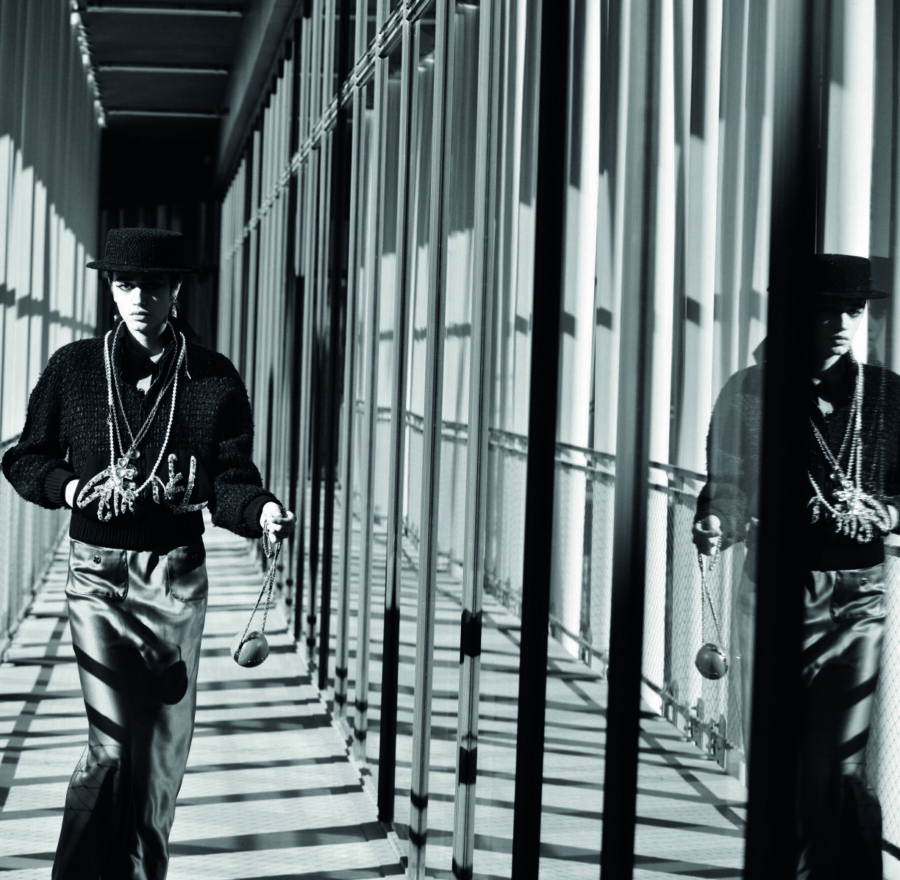 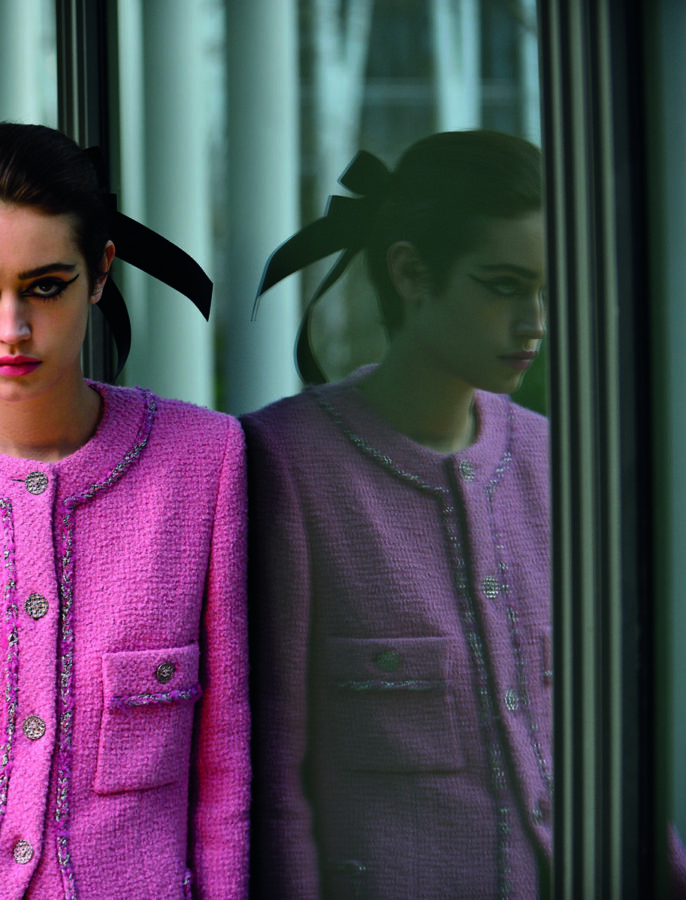 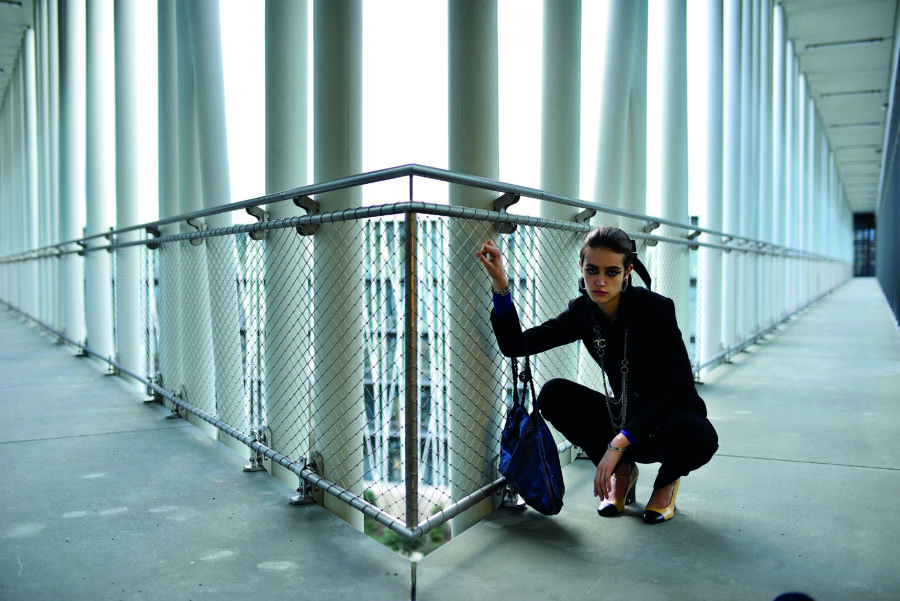 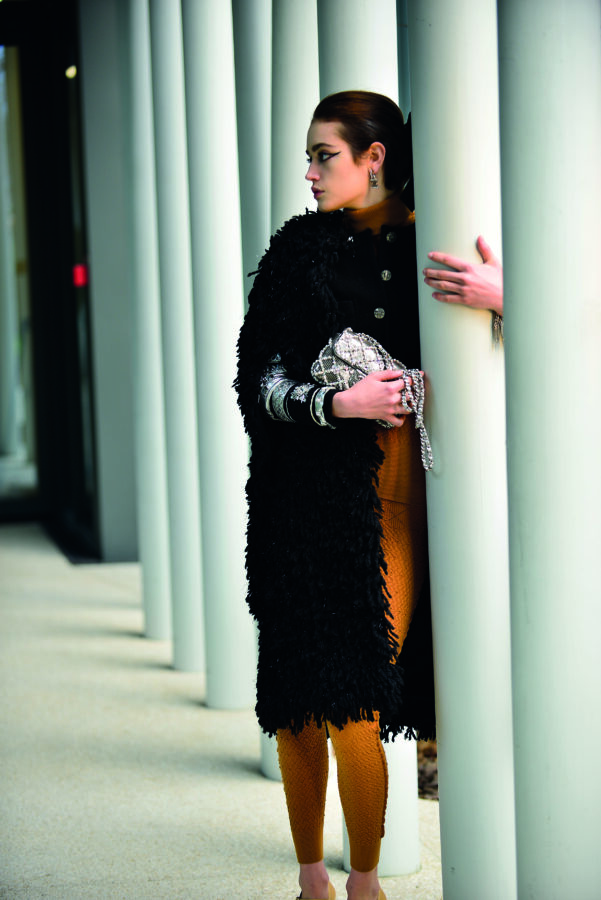