60 YEARS SINCE ‘WALL OF OIL BARRELS, THE IRON CURTAIN’ AT RUE VISCONTI 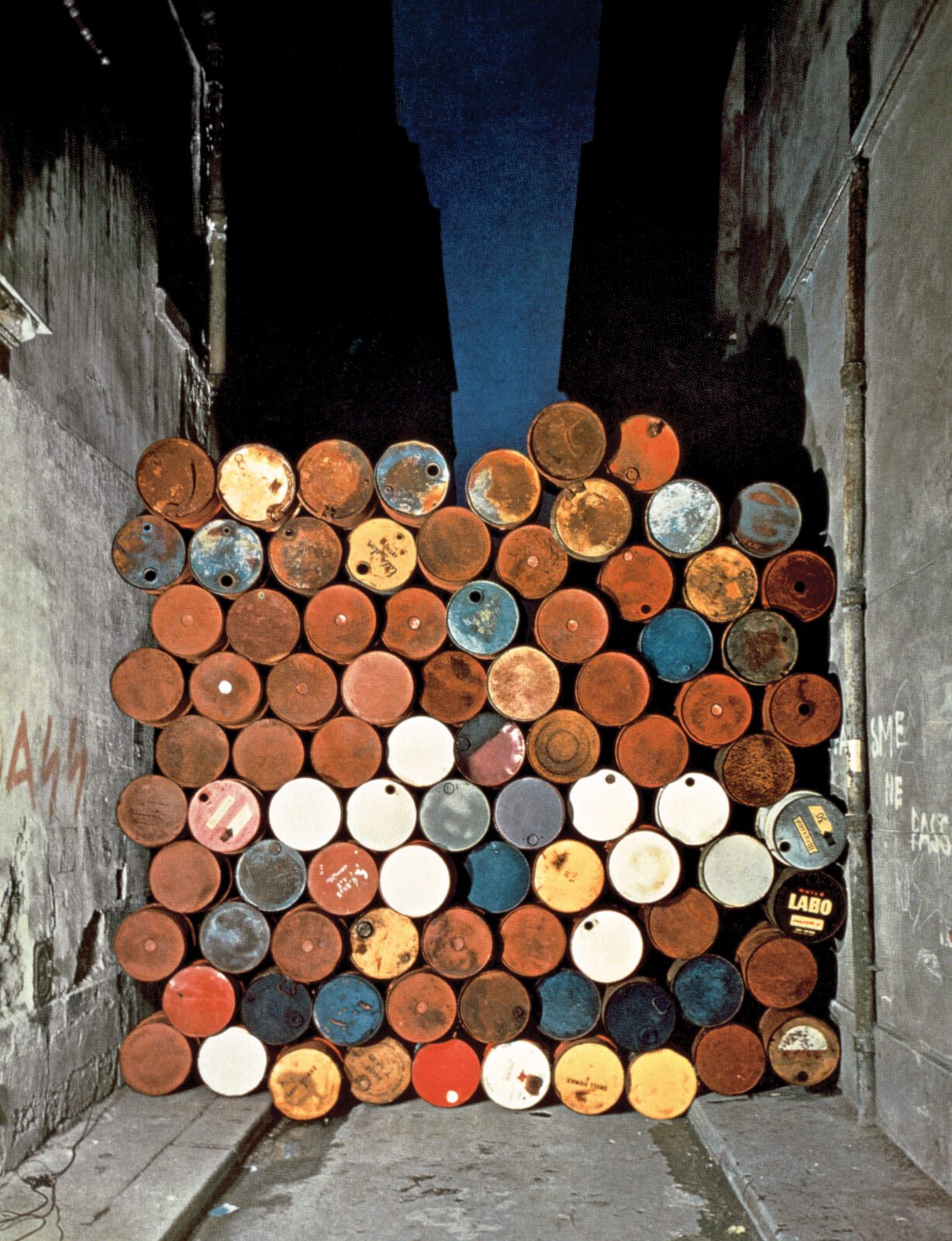 Monday June 27th marks the 60th anniversary of Christo and Jeanne-Claude’s barricade made of oil barrels in the rue Visconti. A statement against the Berlin Wall, or as Christo says « a poetical statement, » against the wall that was built the year before (1961). The 89 barrels blocked the narrow street on June 27th, 1962. Come celebrate in the rue Visconti at 9PM on Monday!

This anniversary coincides with the current Christo exhibition taking place at Gagosian Paris. Entitled Christo: Early Works, 1958-1963, the exhibition showcases his first wrapped objects, works created in Paris between 1958 and 1963.  The exhibition is open now until the 8th of October. Discover a short clip of the « Wall of Oil Barrels – Iron Curtain » and photos of the exhibition at Gagosian below.