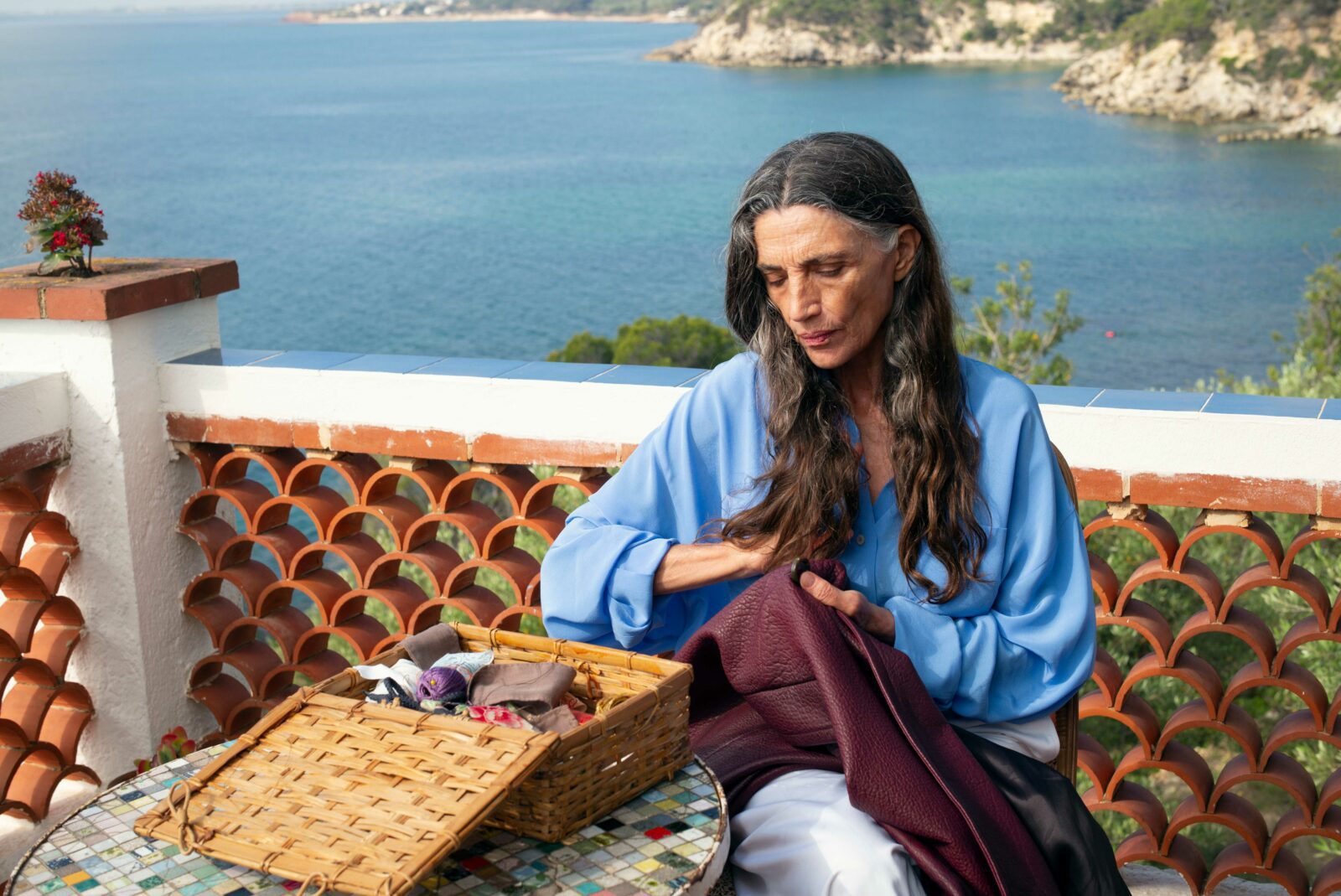 Carla is pregnant and naked, just like in the photos where her mother poses pregnant with Carla herself. Sunlight streams through the windows. We see Super 8 shots of grandparents, uncles, aunts, fathers, great-grandparents; smiling, sewing, reciting poetry. Then, we see a young woman grow from the 60s to the present day, passing through the 80s, crossing the thresholds of femininity and history, until she meets Carla pregnant next to the blue sky of the Catalan coast.

The film is the 24th commission from Miu Miu Women’s Tales. The acclaimed short-film series invites today’s most profound and original female directors to investigate vanity and femininity in the 21st century.

Simón is a Spanish film director. Her 2017 Catalan-language debut film Summer 1993 became Spain’s candidate for Best Foreign Film. Her most recent feature, Alcarràs — about the disappearance of traditional peach-harvesting activities in Catalonia — won the Golden Bear at the 72nd Berlinale, becoming the first Catalan-language film to do so.

Featuring veteran actress Ángela Molina, who has worked with directors such as Luis Buñuel, Pedro Almodóvar, Bigas Lunas and Ridley Scott; Cecilia Gómez, known for her roles in Domingo, The Plague and Down There; and Ainet Jounou, who stars in Alcarràs and the forthcoming Paula Ortiz directed Teresa.

Both Simón’s parents died of AIDS when she was just six years old, and because of this, she has scarce memories of them as adults. “With this film for Miu Miu Women’s Tales, I want to give my son what I didn’t have: a family history.” For Simón, there is a special role that films play in people’s inner lives: “Cinema has the power to repair what is missing.” On the topic of Women’s Tales as a platform for female-led filmmaking, Simón remarks,“It’s very important in the creative process to question things, on set, with your team. I believe women directors are introducing this, and it’s very positive — not just for women, but for men, too”.

Fragmentary and fleeting, Carta a mi madre para mi hijo (Letter to My Mother for My Son) is a homage to the filmmaker’s family that’s partly fictional and entirely heartfelt. “I’m an optimist,” Simón says, and her new film is full of tender hope in the midst of loss. It is a touching reminder that understanding who we are requires a lifelong process, piecing together real and imagined memories of the past, in order to compose a picture of the future.

Carla Simon’s new episode for Women’s Tales was premiered at the Venice Film Festival’s Giornate degli Autorion September 3rd 2022, along with a screening of House Comes with a Bird by Janicza Bravo. Now available to stream on MUBI globally.

Watch the film now at youtube.com/miumiu