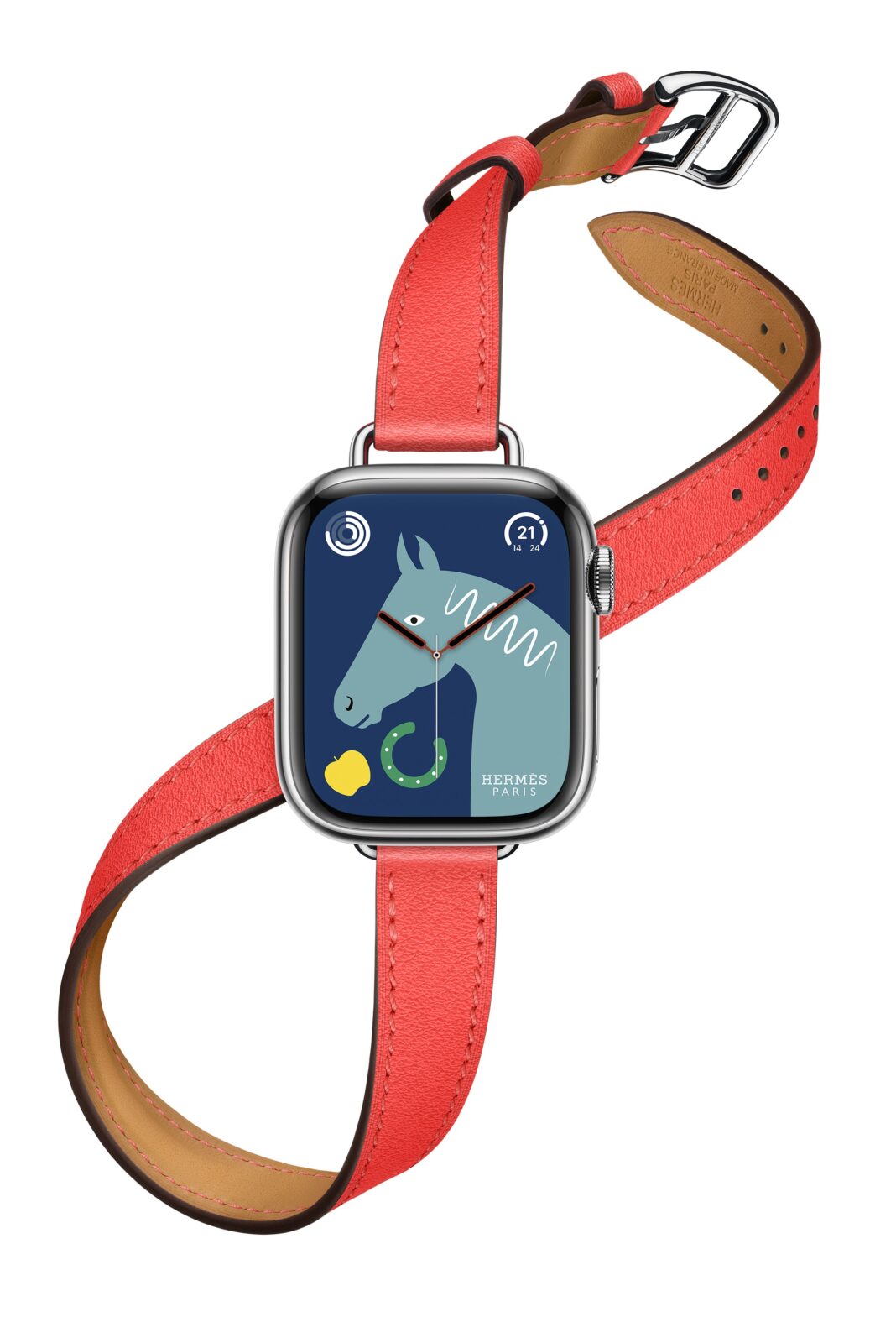 Founded in 2015, the Apple-Hermès partnership is the meeting of two cultures united by a common set of values – the quest for excellence and authenticity. It responds to the desire of women and men attached to the beauty of design, cutting-edge technology, quality of materials and know-how.

This fall, bracelets and dials are inspired by the equestrian world of the company to adorn the Apple Watch Hermès Series 8. Apple and Hermès accompany their contemporaries in their lifestyles with the shared ambition of combining aesthetics and function in their creations.

In keeping with the company’s equestrian heritage, the dial of the Apple Watch Hermès Series 8 is a playful and playful universe, with colors that change according to your mood and the movement of your wrist. At 10:10, the hands give the illusion of resting on the horse’s head, like a harness. The dial also has its share of surprises! In standby mode, it takes on nocturnal hues, and the horse’s eye closes; an expression of a knowing wink or an invitation to rest…

The diagonal H pattern, born in the 1970s, has been reinterpreted over the years through the company’s collections. Here, on a leather strap, it takes shape thanks to a subtle play of 1300 perforations made one by one, with a high degree of precision. It breathes the spirit of sport and invites movement. Made of calfskin leather, it is offered in gold and gray with a stainless steel case, and in blue and copper with a sidereal black case.

The Apple AirTag Hermès plays this season with its dedicated pictograms. The key ring is printed on its calfskin case with clever signage: house, bike, boat… where the key is hidden in trompe l’oeil. An object as aesthetic as it is playful, it allows you to locate your keys in the blink of an eye.