25 YEARS OF THE FENDI BAGUETTE 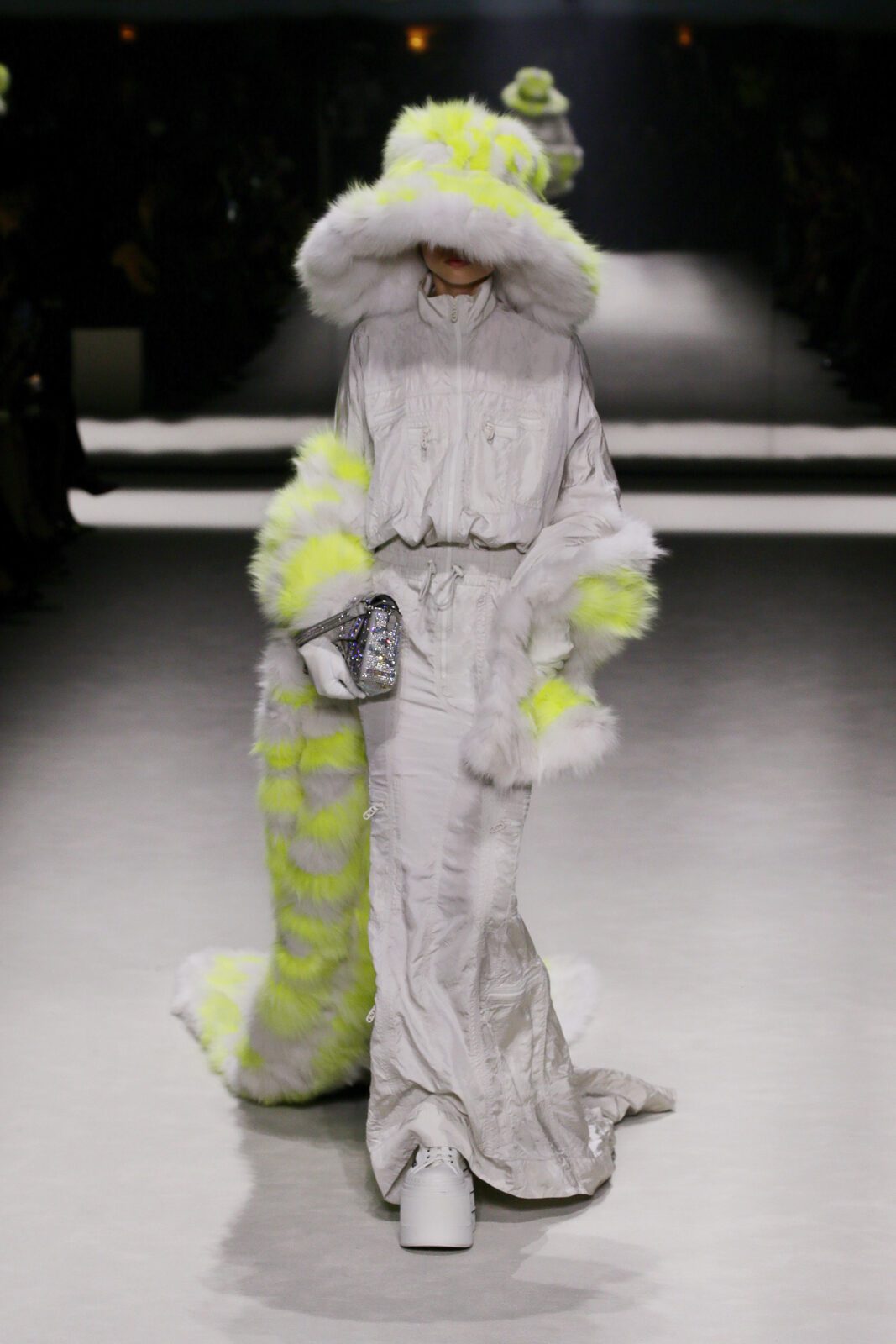 On Friday 9th September, Fendi kicked off fashion month with a star-studded event in celebration of the 25th anniversary of the ultimate pop-culture icon – the Baguette bag. Placing the New York shows firmly on the map, Fendi’s presence on the New York calendar brings with it a level of heritage and recognition New York fashion is not usually credited with.

For the special event, Kim Jones, Artistic Director of Womenswear at Fendi, invited his friend and New York icon Marc Jacobs to design the last ten looks of the show. It was a uniting of forces and of mutual admiration, the two having been friends since their days together at Vuitton.

“I didn’t want to do a traditional ‘collection’ for the anniversary. Rather it’s a celebration of a time, of the moment the Baguette became famous. I relate that time to a sense of freedom in excess and fun – both qualities the Baguette possesses,” said Jones.

The special 25th anniversary re-edit of the bag is a collaboration between Silvia Venturini Fendi, and the other iconic New Yorker Sarah Jessica Parker. She famously immortalized the Fendi Baguette in the episode of Sex And The City, where she exclaimed, “It’s not a bag! It’s a baguette!” It is a statement that is also inscribed inside each of SJP’s capsule bags. Embroidered in degradé sequins with a palette of purple, wasabi, baby pink or soft blue, the bags feature four interchangeable buckles to suit the wearer’s mood.

In contrast, Japanese luggage brand Porter, collaborated on a capsule collection of Baguettes, giving them a decidedly masculine bent. Known for their hard-wearing bonded nylon – that nevertheless exudes beauty and luxury – together with their precise Japanese craftsmanship, The Porter collection is also a proponent of one of the Baguette’s latest incarnations: the Bum Baguette.

On the runway and front row, stars from far and wide joined to celebrate Fendi, including  Kim Kardashian and genre-defying music legend Grace Jones, Stranger Things star Natalia Dyer, Song Hye Kyo and Lee Min-Ho. Kate Moss, Amber Valletta and Christy Turlington all turned out in support of their friend and fellow supermodel, Linda Evangelista, who closed the Fendi runway after a fifteen year hiatus.

Discover the runway looks below.