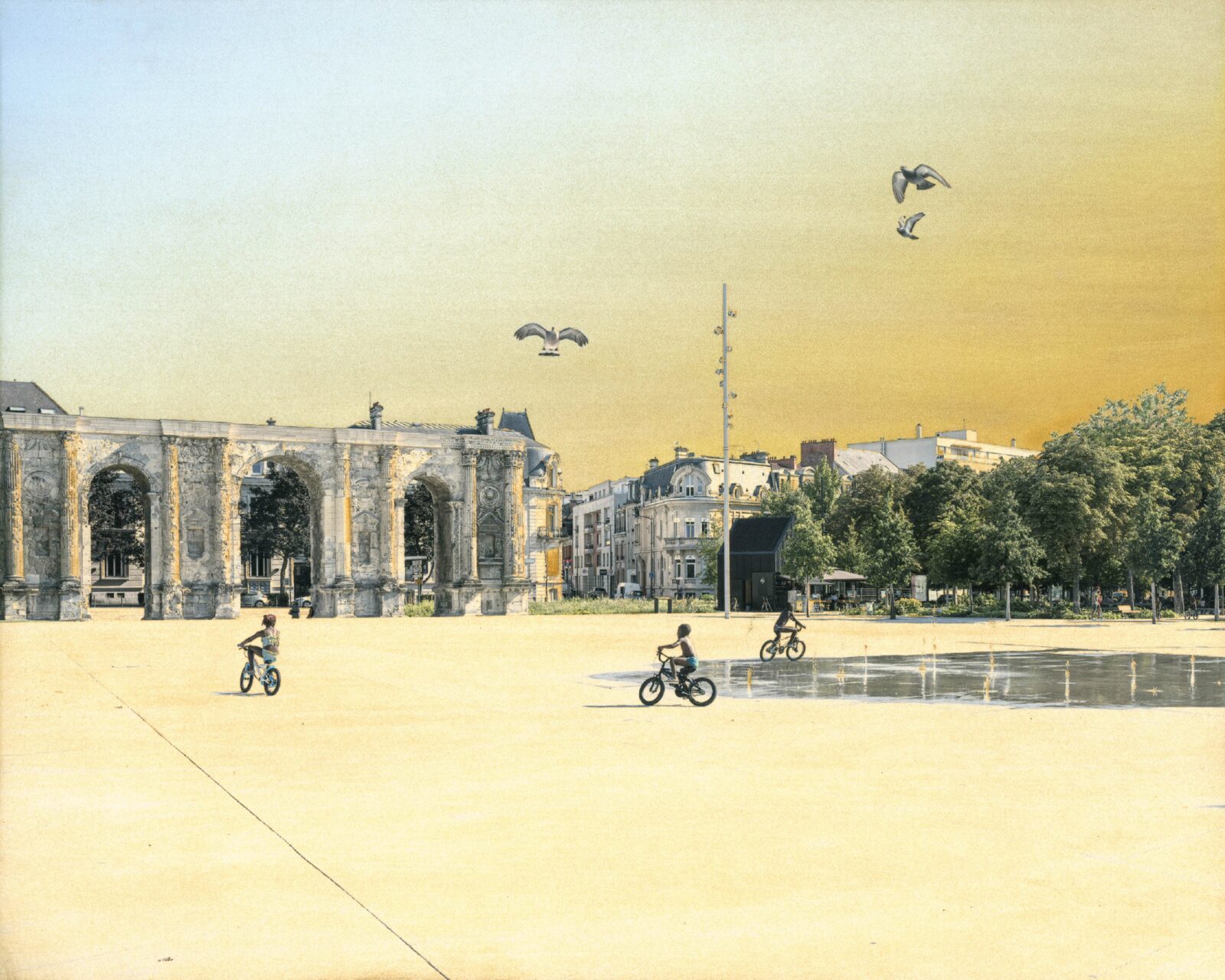 For its fourth edition, the Maison Ruinart Prize was awarded this year to photographer Matthieu Gafsou. The prize, awarded with the support of the Picto Foundation, recognizes the work of emerging photographers, inviting winners to a residency in Champagne and exhibiting their resulting works at Paris Photo. Following his residency in Champagne this summer, prize winner, Matthieu Gafsou created the series Cette constante brûlure de l’air, which will be presented for the first time at the 2022 edition of Paris Photo, from November 10th to 13th, at the Grand Palais Éphémère.

Gafsou was inspired by the nature and humans that gravitate around the Ruinart House. He created a series of contrasting and mysterious images: day photos, night photos, landscapes and portraits… With an exacerbated sensitivity, he subtly evoked a contemporary concern, the environment and biodiversity.

At first glance, these images made in the heat of the summer of 2022, represent banal subjects: the lightness of tourism, Arcadian landscapes, a welcoming city… However, a disturbance jumps to the eyes. An absurdity emerges from these images that the artist has tinted with crude oil, suddenly making the constant burning of the air manifest. By this formal process – the use of crude oil as a pigment – the artist gives to see what is invisible and testifies to a great paradox of our time: everything seems so normal while our environment changes very brutally.

He explains: « What I like very much about this technique of oil is that in some ways it is similar to the old processes of photography, what we call a turn: when a chemical element comes to tint the print (historically gold, copper, selenium, etc.). Now the visual effect produced by this improbable bend translates quite well the consequences of oil on our environment: a contamination not localized but global. Visually, we can see that there is something « dirty » and at the same time this dirtiness produces an effect that can also be close to the sublime: the anxiety or the fear that can emerge from the scenes, that appear at first glance to be trivial, bring back this destructive power that we used to look for in the 19th century in the mountains or in the oceans.”

The very first Ruinart Prize was awarded in 2018 to Austrian photographer Simon Lehner, who poetically illustrated each of the stages of champagne production. Using archival footage, overlays, color and black and white images, he combined the hand of man with nature, the past with the present.

Elsa Leydier, a French photographer born in 1988 and living in Rio de Janeiro, was awarded the prize in 2019. She chose experimentation to depart from the common practice of the photographic medium, camera in hand. Mixing conventional images with means of capturing light such as rayograms, she wished to raise the issue of climate change that modifies the intrinsic link between man and nature.

In 2021, it was Gosette Lubondo who, following her visit to the Champagne region, produced the series Manu solerti, « with an expert hand », born from her confrontation with the various places of creation of Ruinart champagne.

The Prix Maison Ruinart is part of a vision of sustainable and responsible patronage that is deployed in various programs, including the Carte Blanche given each year to an internationally renowned artist to propose his or her representation of the House.

Locally, Ruinart is committed to identifying and supporting emerging talents who share the same values. In the United States, by supporting New Inc., the first cultural incubator run by the New Museum, as well as the R.U.in.Art Performance program, which enables an artist to present his or her work at Frieze Los Angeles.

Based in Lausanne, Switzerland, where he was born, Matthieu Gafsou studied photography at the Ecole Supérieure d’Arts Appliqués in Vevey after obtaining a master’s degree in philosophy, literature and cinema at the University of Lausanne.

Recipient of numerous awards, including the HSBC Foundation for Photography obtained in 2009 at the age of less than 30, he has exhibited in the largest festivals and world fairs of contemporary photography (Photo 2022 Melbourne, Foto/Industria, Bologna, Belfast Photo Festival, Rencontres de la Photographie d’Arles…), participated in numerous group or solo exhibitions (Galerie C in Neuchâtel and Paris, MUCEM in Marseille, Three Shadows Photography Art Center in Beijing, Auckland Art Gallery in New Zealand…).