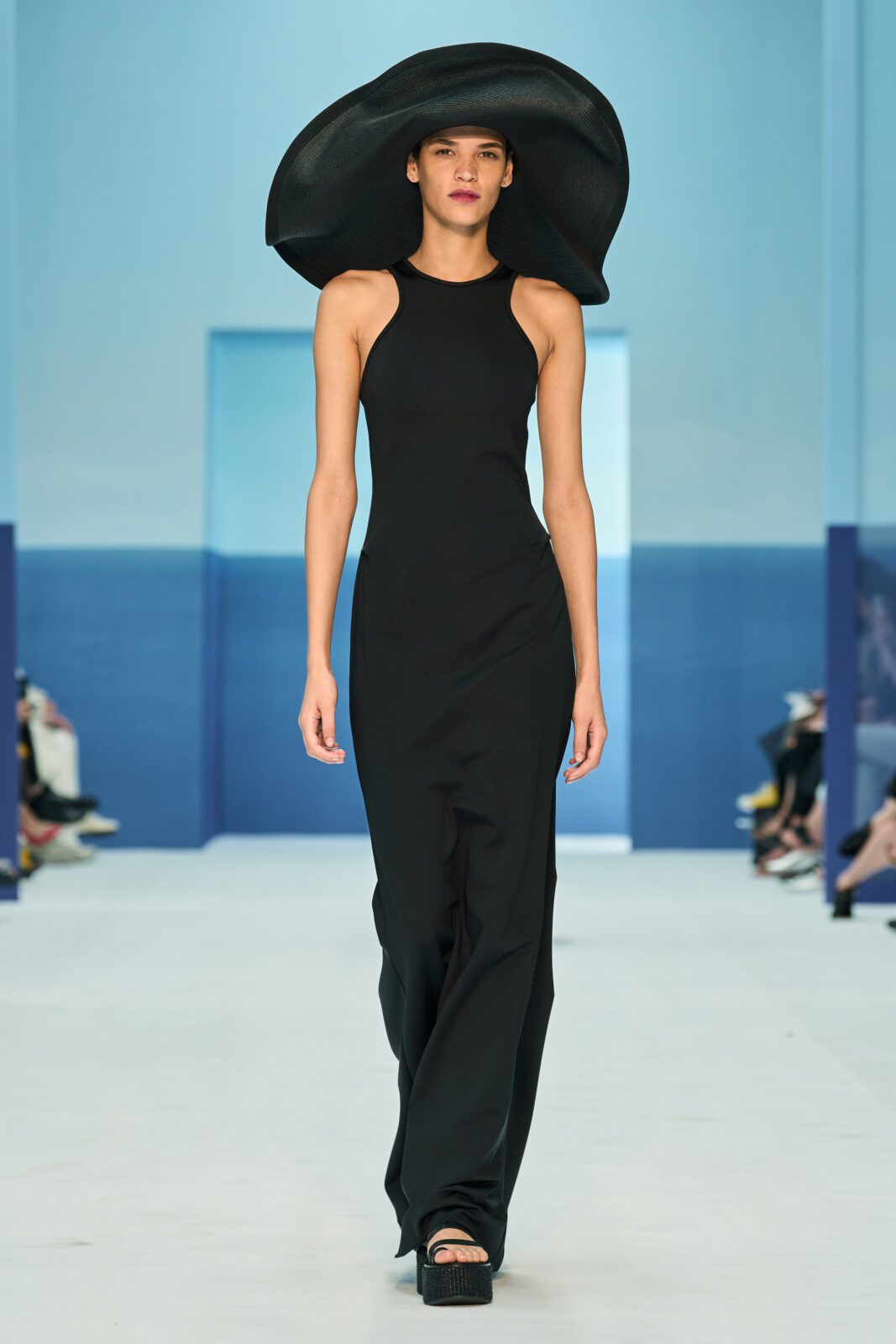 Max Mara was inspired by the heyday of the French Riviera and the powerful, progressive, modern women who frequented it for its SS23 collection shown in Milan thus September 2022.

“From April to September, when the aristocrats closed their grand villas, bohemians of every type flocked to the Riviera. Things were bound to happen when the likes of F. Scott Fitzgerald, Picasso and Stravinsk rubbed shoulders. But when Zelda Fitzgerald, Dora Maar and Bronislava Nijinska, not to mention Dorothy Parker, Josephine Baker and Isadora Duncan joined in, women were certain to make the leap from muse to maestro.

On sun-soaked beaches, masterpieces were conceived, manifestos thrashed out and a timeless look was forged: Riviera style. No one wore it better than Renée Perle. Classified in the history books as the silent muse and lover of photographer Jacques-Henri Lartigue, she features in his most memorable pictures. She deserves a bigger credit; the kohl-rimmed eyes, the perfectly painted Cupid’s bow, the finger waved hair is so intrinsically her. So too the archetypal looks which are the backbone of Max Mara’s collection; backless tanks, voluminous canvas sailor pants, floppy wide-brimmed sun hats and long, languid skirts which hug the hip then slide into pools of godets. She painted hundreds of naïf self portraits. They were dismissed as daubs by the art historians but arguably they point to a remarkable creative talent; her œuvre was her image.

As Renée Perle personifies the fashion, so Eileen Gray personifies the architecture. At Roquebrune-Cap-Martin Gray built E1027, a seaside villa for herself and her lover, showcasing her uniquely feminine take on modernism. The poverty of modern architecture stems from the atrophy of sensuality , she said. Challenging the rigid rectilinearity of the masculine masters, Gray’s floor plan incorporates the occasional curve. Max Mara follows suit with sinuous bias cutting and the brave new femininity also manifests itself in extravagant organza bows printed with flowers in Perlesque “art vernaculaire” style.

E1027 has a hint of the handmade, a reminder that this is a home for a woman and a man, not a machine. At Max Mara each piece is designed not just to be worn, but to be lived in. To wit, Max Mara presents a series of total looks in lino greggio – unprocessed, undyed linen that looks like burlap, sometimes with raw fringed hems. And Max Mara’s classic architectonic coats take on the soft allure of sun-bleached beach robes. Gray’s architecture for inner life features accents in a particular shade of ink Mediterranean blue that stirs the heart; Max Mara presents its take on washed cotton drill bleu de travail in the same evocative color.

They were assiduous chroniclers, those habitués of the Riviera. But apart from the photographs, Perle is voiceless and unrecorded. Did she and Eileen Gray ever meet? Max Mara imagines that they did; two women with a shared vision of modernity stepping out onto the E1027 terrace. Blinking in the morning light, raising their smiling faces to meet the glittering blue horizon.”

And more at @maxmara maxmara.com