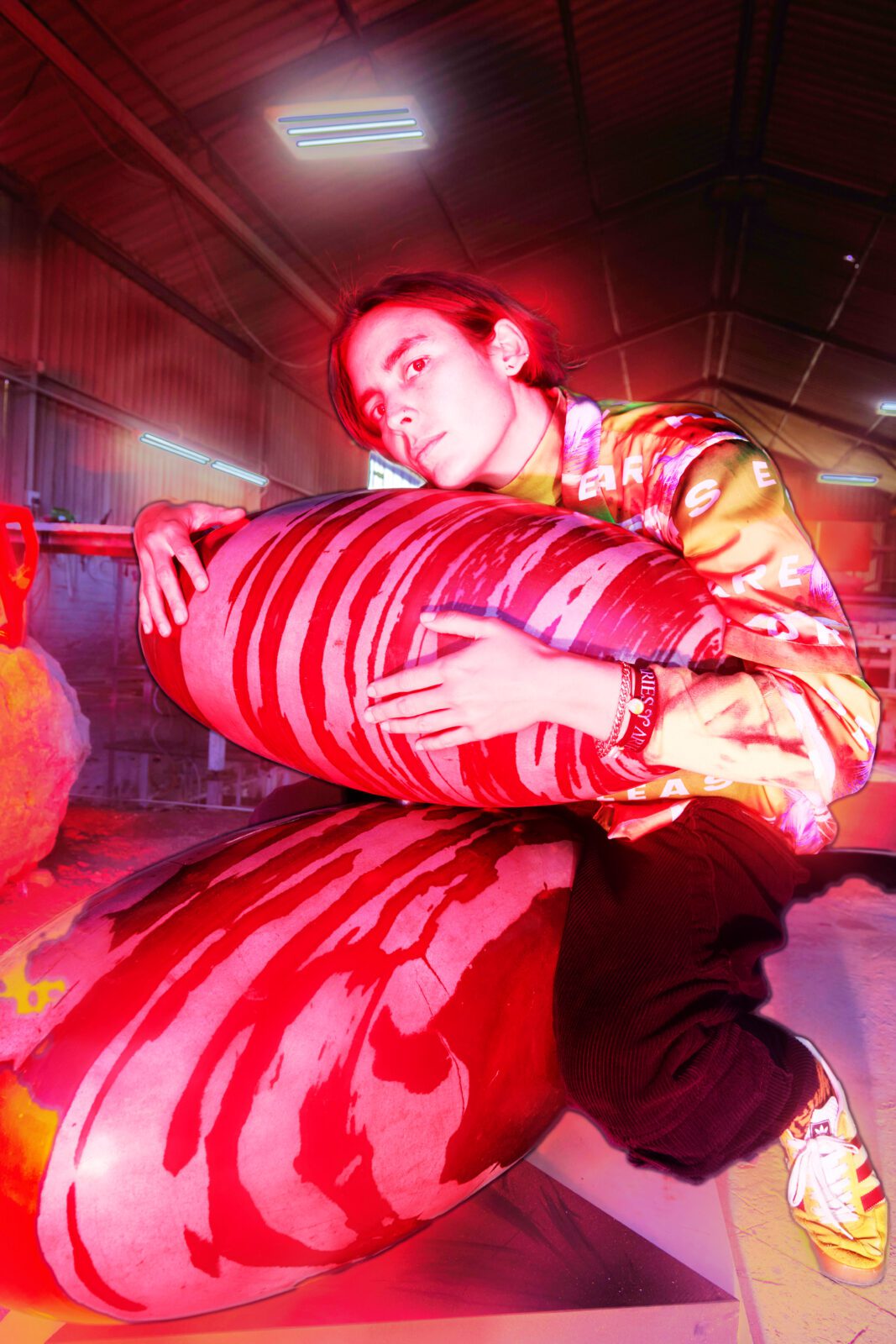 A Downwards Evolution by Lea Colombo

“Align with your higher self. Tune into the energy of creation”

Opening in Paris at 3537 on October 20, 2022, Lea’s solo show is bursting with energetic new work. The exhibition was inspired by Lea’s awareness that we are moving into an age of illumination, where the old ways are making way for the new. She wants to encourage people to “reset their ways of thinking and to go deeper, listen to their own instinct, question themselves, and most importantly to be in allowance.”

The exhibition examines Lea’s primal connection with her own creative consciousness and the “infinite divine energy of the universe that supports us all – if we would only tap into it”. She does this through an explosive new approach to color, shape, sound and earth energy.

To coincide with the opening of A Downwards Evolution Lea will launch her first limited edition art book, titled Colours of My Body. The book is a self-exploration and a radical rebellion to the beauty standards of the fashion world.

Lea Colombo is a self-taught artist born in 1993 in Cape Town, South Africa. She is a creative nomad. Lea’s commercial work as a photographer and director has cemented her place among the most influential global fashion names, whilst her profile as a fine artist rapidly gains clout. Recognised for her bold and saturated style, Lea examines the values and connections between color, light and emotion. Her art reflects her personality – she is unafraid to push boundaries.

Lea’s practice is spontaneous and intuitive, unguarded and intimate. Her artworks reflect how she views both herself and the world. Lea combines unconventional approaches to create balance – balance that is expressed through the masculine and feminine, shadow and light, color and desaturated, yin and yang. As a multidisciplinary artist, Lea works with a range of mediums such as print, photography, painting, and sculpture. Her highly recognizable dark room prints express fluidity and intimacy that engage the viewer on a deeply personal plane.

In 2021 Lea presented her inaugural and independently produced solo show titled Colours of My Body. This introspective study of the sacred feminine called upon centuries of artistic and spiritual practice, re-centering the artist’s physical body as the subject of a holistic master work.

“The energy of creation itself doesn’t evolve upwards… it evolves downwards from a higher source.” – Lea Colombo