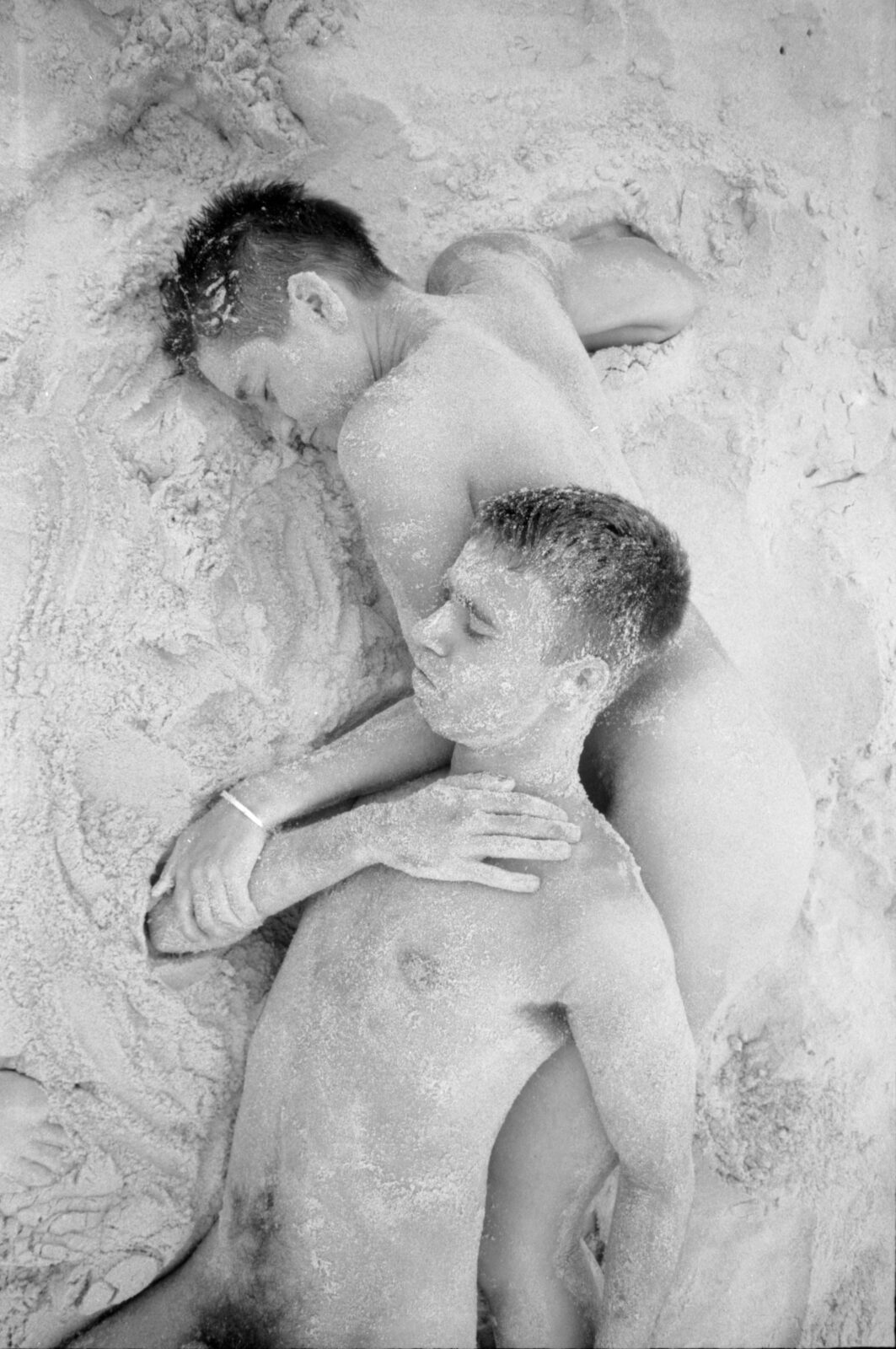 The Foundation d’entreprise Pernod Ricard will host the exhibition La Pensée Corps featuring works from artist Alexandra Bircken and designer Lutz Huelle commissioned by Claire Le Restif from the 15th November 2022 until 28th January 2023. The relationship between Bircken and Huelle goes back into adolescence, meeting in their teens they went on to study together at Central Saint Martins in London. Now respectively settled between Cologne and Berlin, and Paris, the continued dialogue between the two is explored in this collection of works by Claire Le Restif. In her curation, she provokes questions of gender binaries, and bodily identity. Below she talks in depth about the motivations behind the exhibition and her own perspective of the two artists’ work when displayed side by side.

“The texture of everything in itself, outside of itself, is being upset from side to side. Emotion can make shade or fold in the fabric of the world, temporary wrinkle or tear forever. »

The contemporary body is often thought in binary terms: male or female, martial or vulnerable, powerful or miserable. The work of Alexandra Bircken (born 1967), which develops in the field of art and that of Lutz Huelle (born 1966) in the field of fashion, propose other representations, which reverse or implode binaries. They each question in their own way, archetypes, hybridizations, hybridities and mutations.

While La pensée corps is the first exhibition that brings them together, Bircken and Huelle met in their teens. Young designers at the time of the development of the European territory, they continued their journey together at the prestigious Central Saint Martins School of Art and Design in London in the 1990s. They then settled one in Paris and the other in Cologne and Berlin, never ceasing to communicate and share.

Alexandra Bircken first had her own label with Alexander Faridi, before devoting herself to art in the early 2000s. Lutz Huelle first worked for Antwerp designer Martin Margiela before launching his own brand in 2000 with his partner David Ballu.

This invitation to creators from two distinct artistic fields allows us a rare dialogue between objects with different statuses, displayed in the same place. What interests us here, beyond their connivance and friendship, is the linking of differences and similarities, sensitive, aesthetic and political. Through the fold, in the formal and intellectual sense of the term, we approach the notions of interior and exterior, of container and content, intellect and flesh. If the objects are different, as well as the creative processes that brought them about, the subjects that go through their processes have many points in common. It seems to me that both consider the street as one of the places of their inspiration. This is where they are acutely observing and drawing on elements that they inject into their work. Style, attitude, fluidity of bodies for Lutz Huelle; gender, analysis, vulnerability for Alexandra Bircken. If their approaches have a common DNA, they also have strong singularities.

Both develop an essential relationship to materials. This is reflected in Alexandra Bircken’s work with a strong “physicality”, whose forms have a powerful and direct plasticity. Her works evoke the functioning of an object, its intimacy, the way it is built or assembled, whether it is a garment, a motorcycle or a firearm. Each of them has its own instructions and characteristics, its own identity, as the body has its own functioning. While her main theme is the treatment of the body and clothing, her experiments with materials reveal an interest in the study of the body and the skin as an organ, clothing, cellular structure, and a border of great vulnerability between the interior and the exterior.

At Lutz Huelle, fashion is a real language. His clothes question the construction and deconstruction of archetypes. By putting a new acuity on our lockers, it hybridizes the known and the unusual, using a precise but twisted copy/paste method. His clothes are kind of chimeras: mid-coat/mid-bomber, a dress that unzips into a hidden heart heart, a tailored jacket with fringes. Lutz dresses sports bodies, not muzzled, nor androgynous.

What La pensée corps proposes to exhibit through the works of Alexandra Bircken and the creations of Lutz Huelle, is a certain approach before the hour, questions of gender, openness of possibilities, and identities, our permeability and our penetrability that make us human.

From Tuesday to Saturday from 11am to 7pm 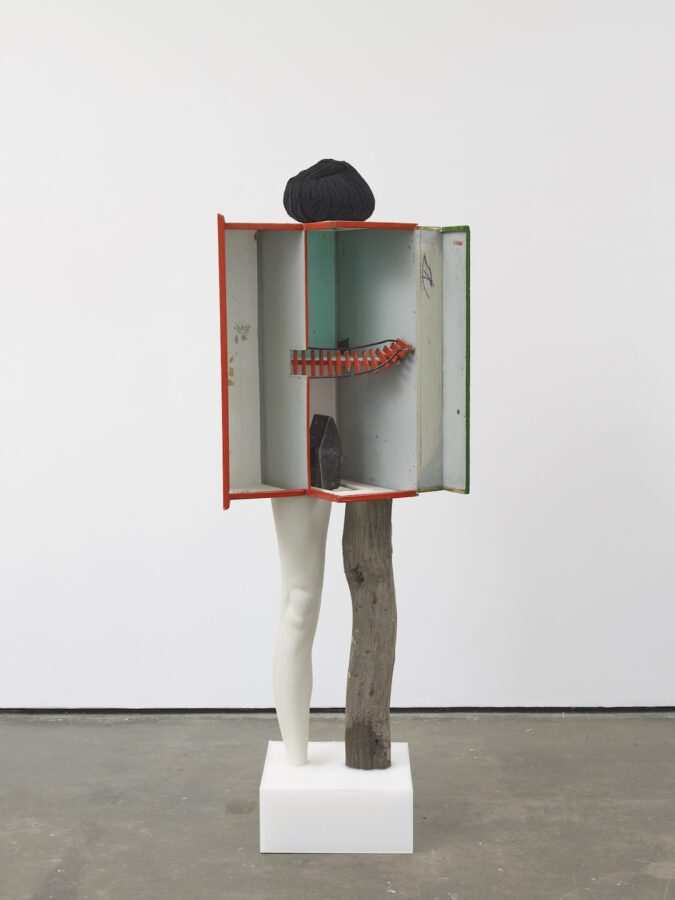 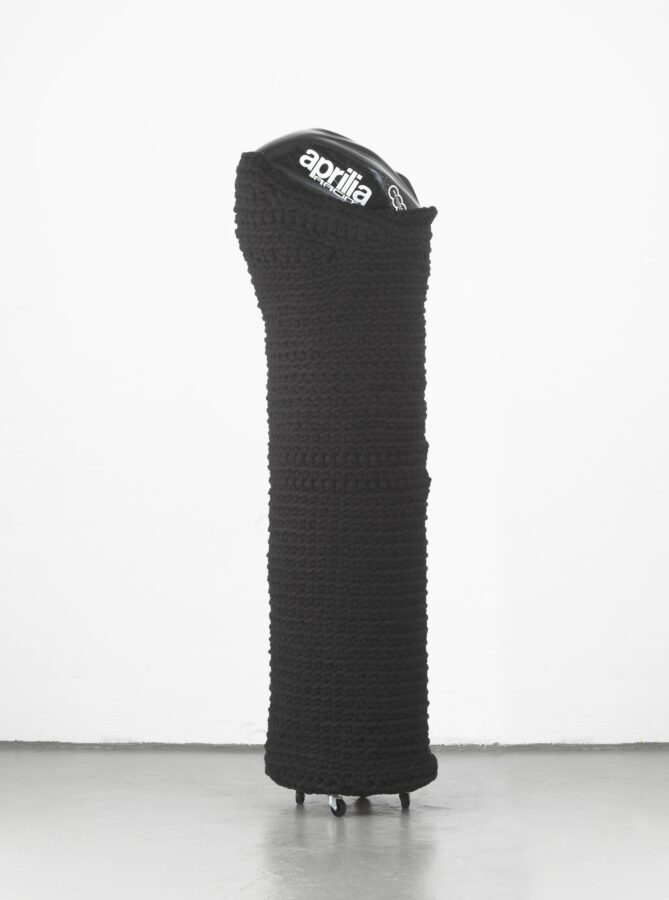 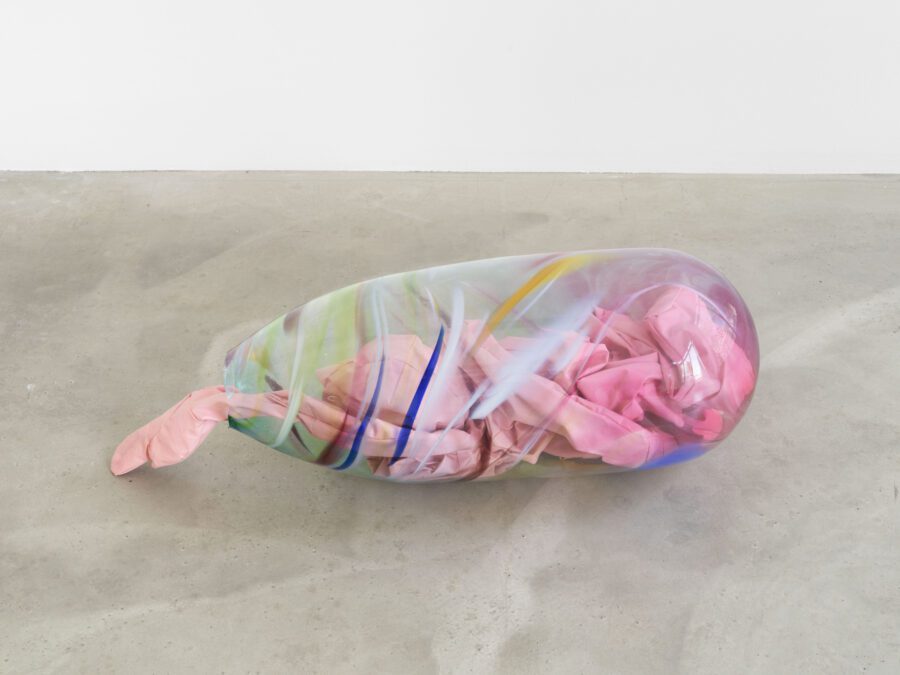 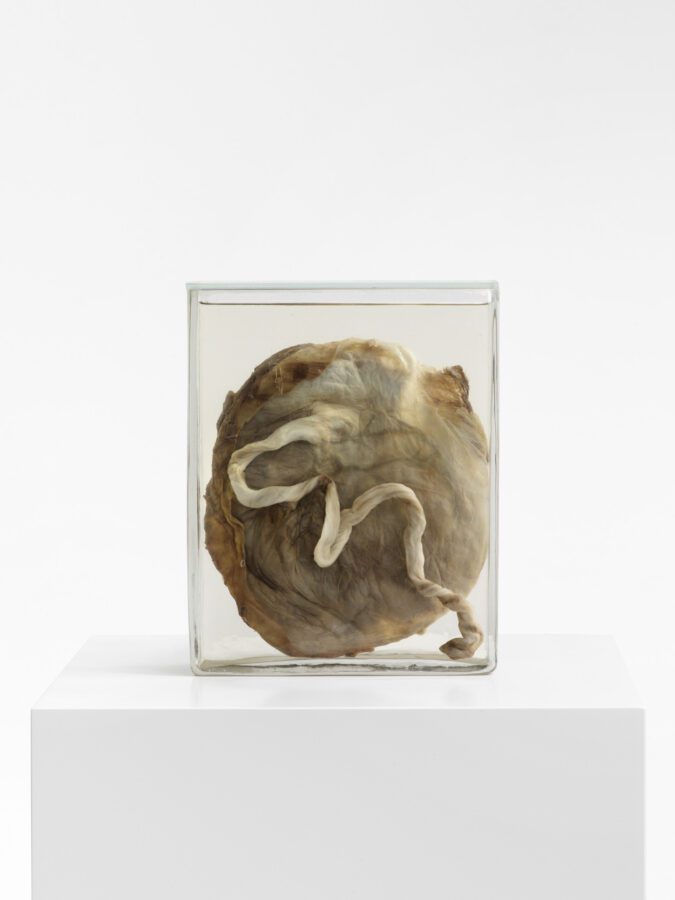 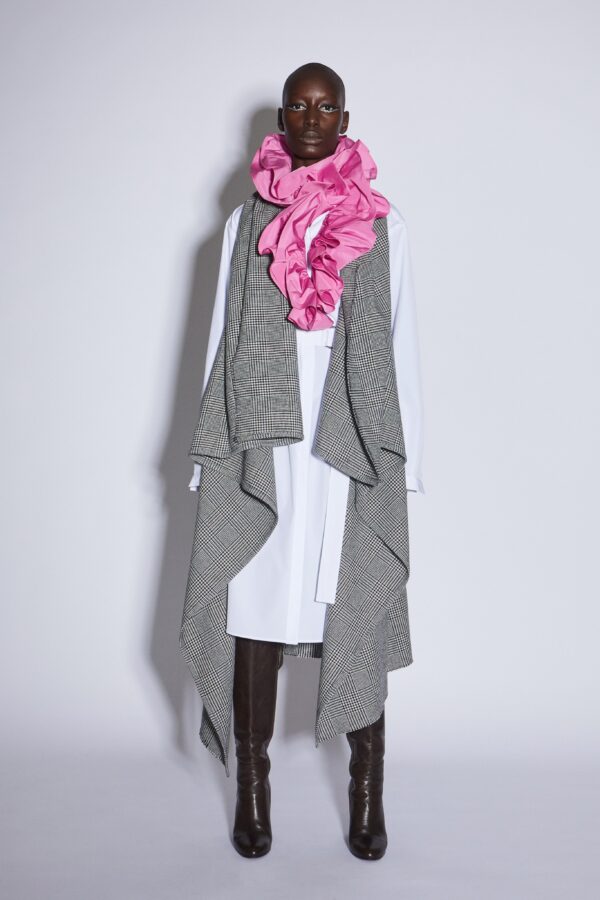 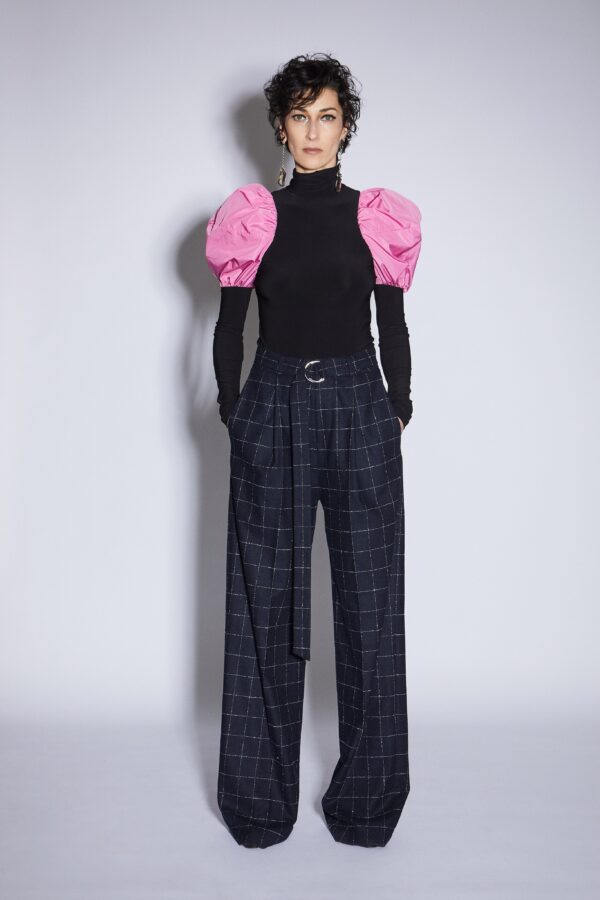 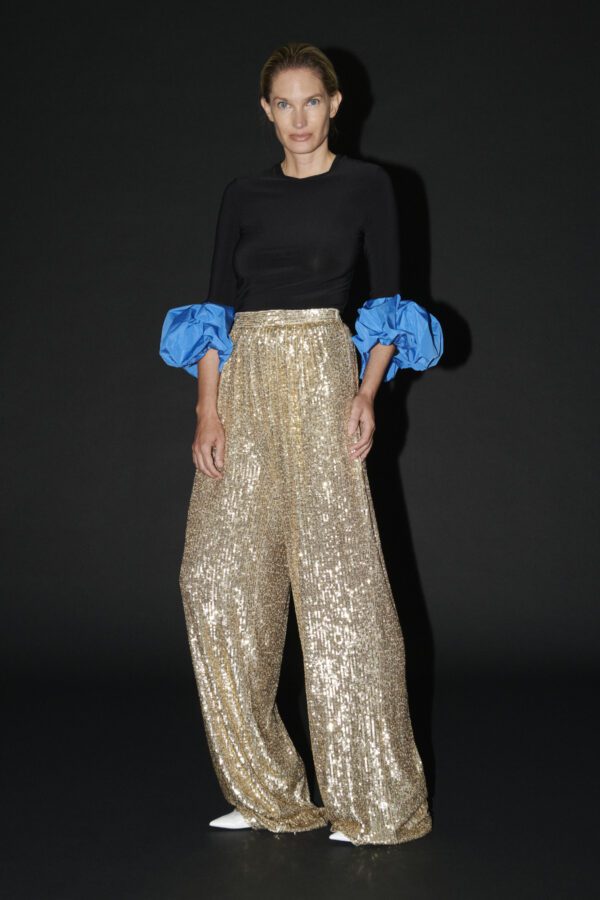 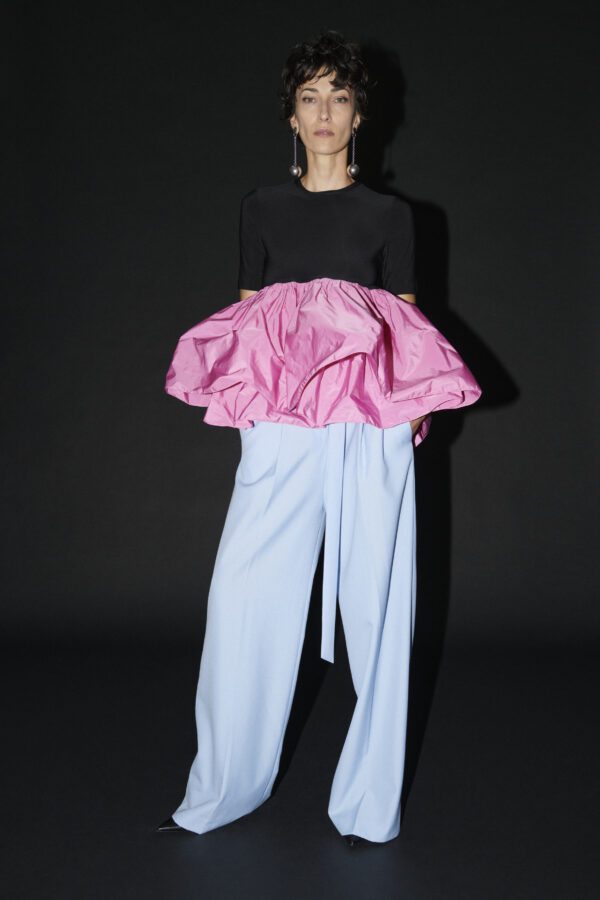 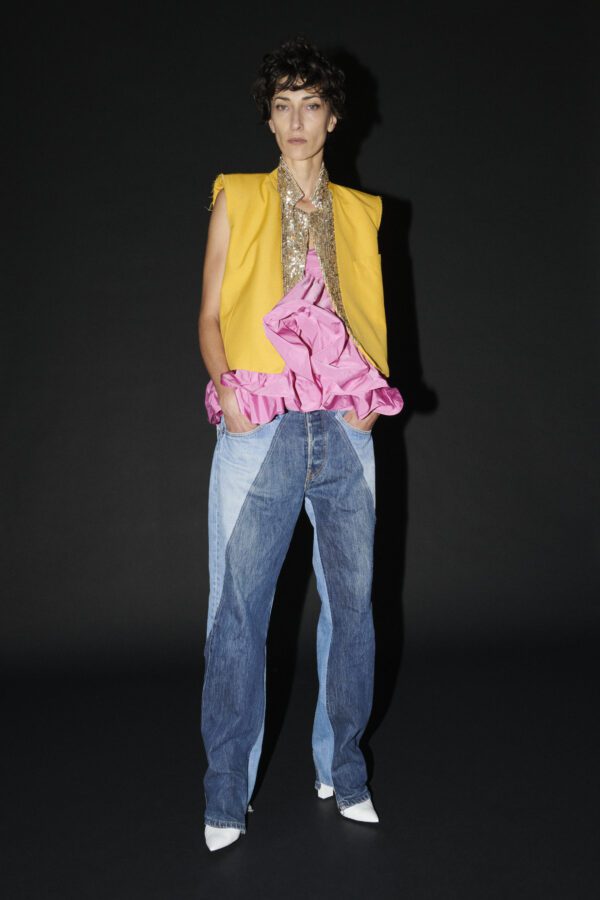 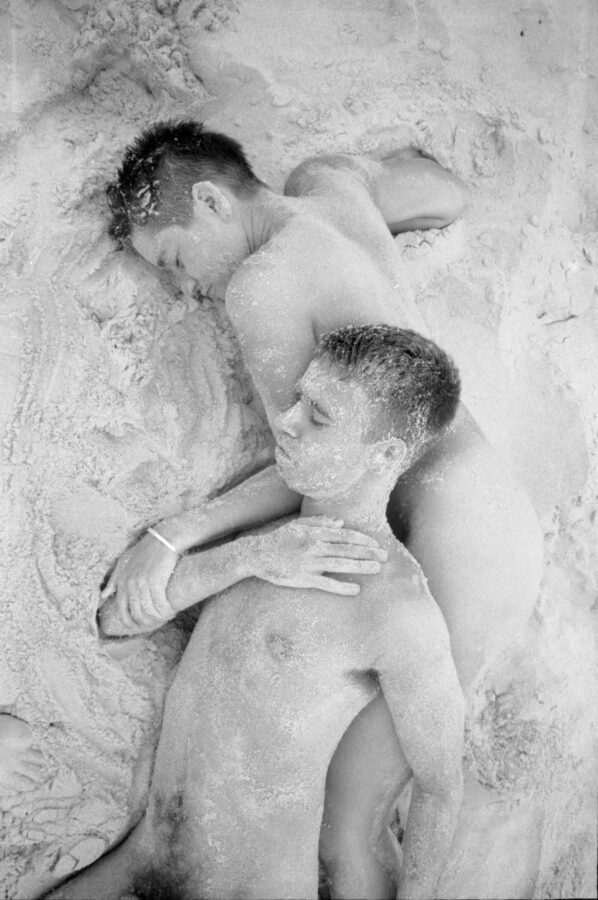 Alexandra and Lutz on the beach of Mimizan, France, on holiday, 1989 Photo: Wolfgang Tillmans 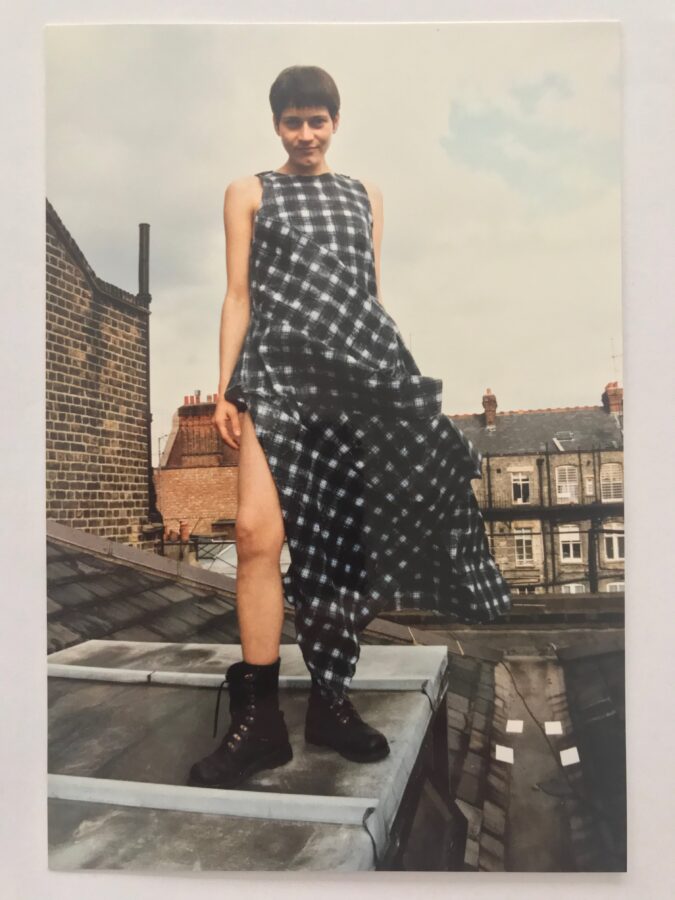 Alexandra photographed by Lutz Huelle on the roof of their London apartment, in a Lutz dress designed for a project at Central Saint Martins College. Photo: Lutz Huelle 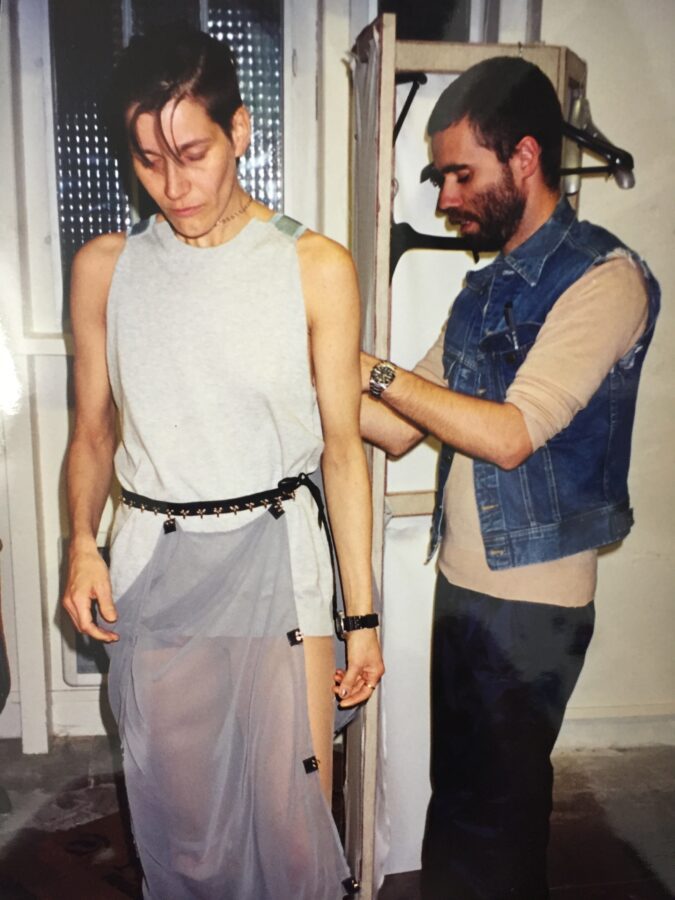