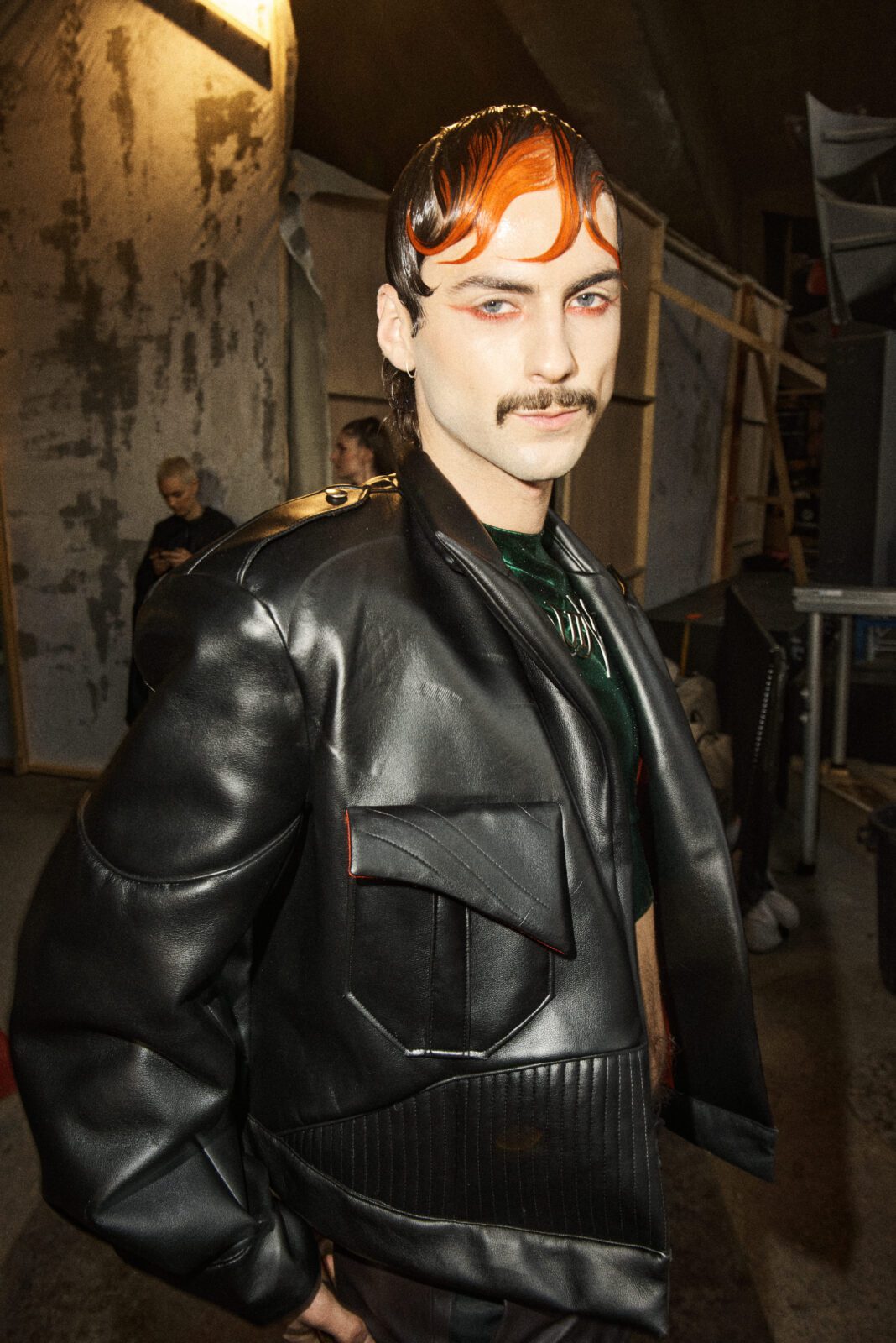 Presented on Wednesday October 5th, Asquin’s second collection dazzled audiences once more with its moody universe and hardcore silhouettes. Entitled ‘IRON ICONS’, the show introduced a full range of menswear looks for the first time in addition to its ever-mesmerizing womenswear designs, to create its own indestructible genderfree army.

The concept of the collection lies somewhere between Middle-Age fantasy and futuristic alien worlds. It is about the idea of deity, and how faith and worship are such universal yet futile notions. Each look of the show is its own Godlike being, recognizable by all yet completely unique.

Live musician Oda Louise and sword performer Seiko Phoenix were both perched at the opening of the runway on opposite stages, and were entwined in a menacing dancing-singing duet. Drag and ballroom performers stomped the runway amongst a diverse cast of models, in the middle of a brutalist set adorned with silver details, located in the outskirts of Paris.

The garments raise the question of what it means to be tough and mighty, versus being soft and delicate. Asquin empowers and interrogates about gender, individuality and performance art, all while focusing more than ever on creating an extreme yet wearable line of clothing for all. Born in 2019, it is an independent label that flutters back and forth between ready-to-wear and performance wear, destined to those who wish to infuse their daily lives with oneirism.

Entirely crafted in their Parisian atelier, and primarily using upcycled and reused materials, the pieces are a door towards a phantasmagorical world, between mythological artifacts, relics from the golden age of Hollywood showgirls, and 70’S sci-fi. It’s a theatrical world, and is destined to an informed audience, hungry for underground culture and anti-conformism. Almost as a militant statement, the Asquin silhouette is profoundly feminist, intrepid and warrior- like : a true armour to face the oppressions of the world.

With numerous collaborations involving the worlds of music and entertainment, as well as an international clientele, Asquin is quickly growing and gaining pace, taking its home city of Paris by storm.