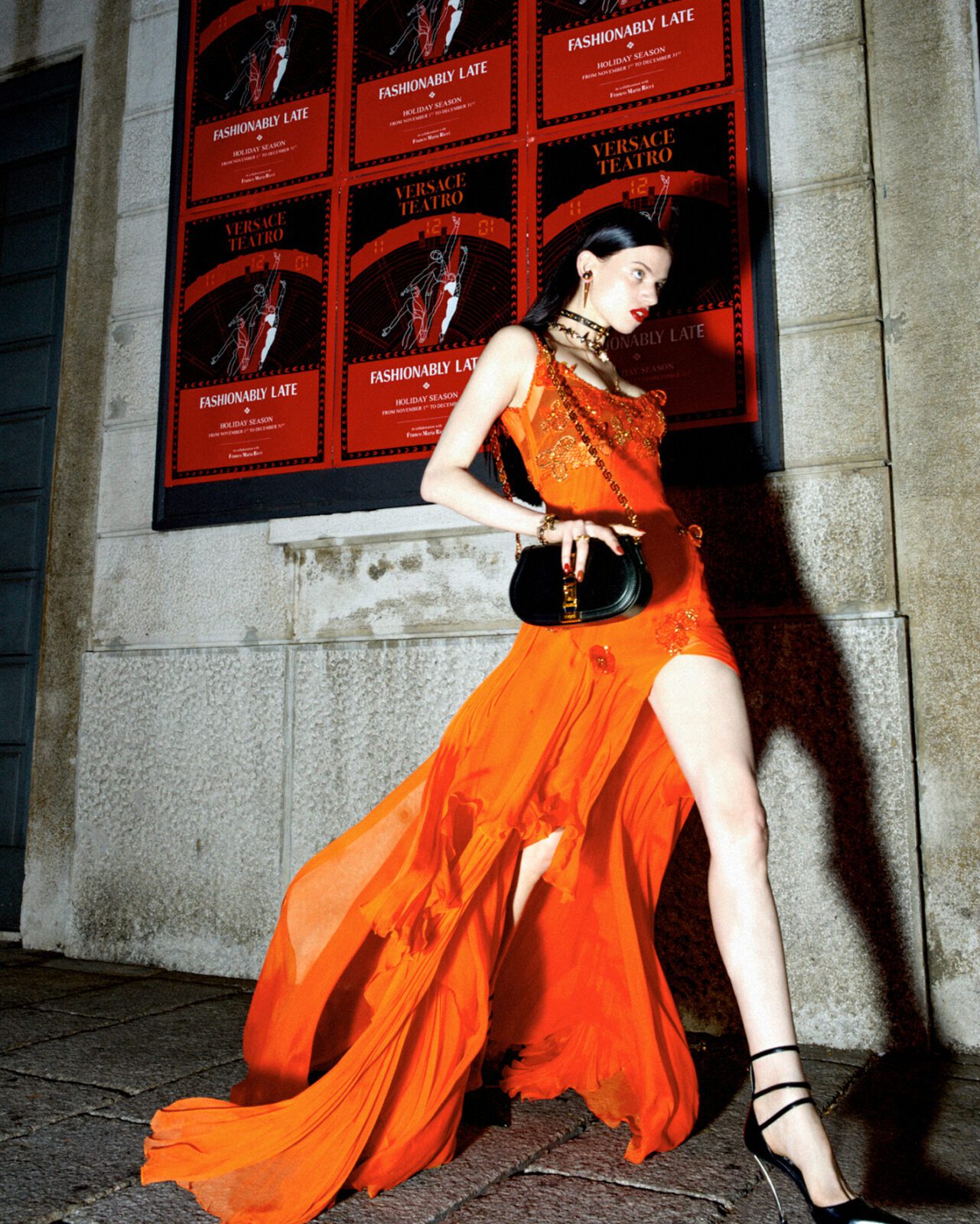 High-Versace drama, and a fashionably late arrival— it’s a night at the opera, the Versace way.

November 1st marks the launch date of the Versace Holiday campaign starring Lily McMenamy, her first for the brand. Daughter of Kristen McMenamy, whose image was synonymous with Versace in the mid-1990s. This season’s campaign film chronicles Lily on her way to the theater, while along the way encountering a cast of beautiful (and at times bizarre) Versace-clad characters, including models Kit Butler, Sora Choi, and Mila van Eeten, and a cameo from American drag performer Gottmik.

The campaign setting stays true to the brand’s deep roots within the worlds of theatre and the arts, taking inspiration from the Versace Teatro books created by Gianni Versace in 1987 and 1992. Both books are a collection of essays, and costume and stage design sketches from Gianni which showcase his long-term admiration and work within the world of theatre.  The poster featured within the film was a collaborative work between Versace and Franco Maria Ricci, the renowned publisher of the original Versace Teatro books, the design of which is inspired by the graphic look of the books.

The photographer for this campaign is Carlijn Jacobs, who works between fashion and the wider cultural arts, having shot the album art of Beyoncé’s Renaissance. Images showcase the seasonal collection’s union of theatrical opulence with high-gloss immediacy. Knitwear featuring Medusa is among a selection of gift-ready designs, including tailored separates and styles in the brand’s Versace Allover motif finished in crystal to bring added glitz to the Holiday season. Greca Goddess bags and Odissea sneakers are as dramatic as they are harmonious in design and colour. All in all, the night at the Versace opera is hard to forget.