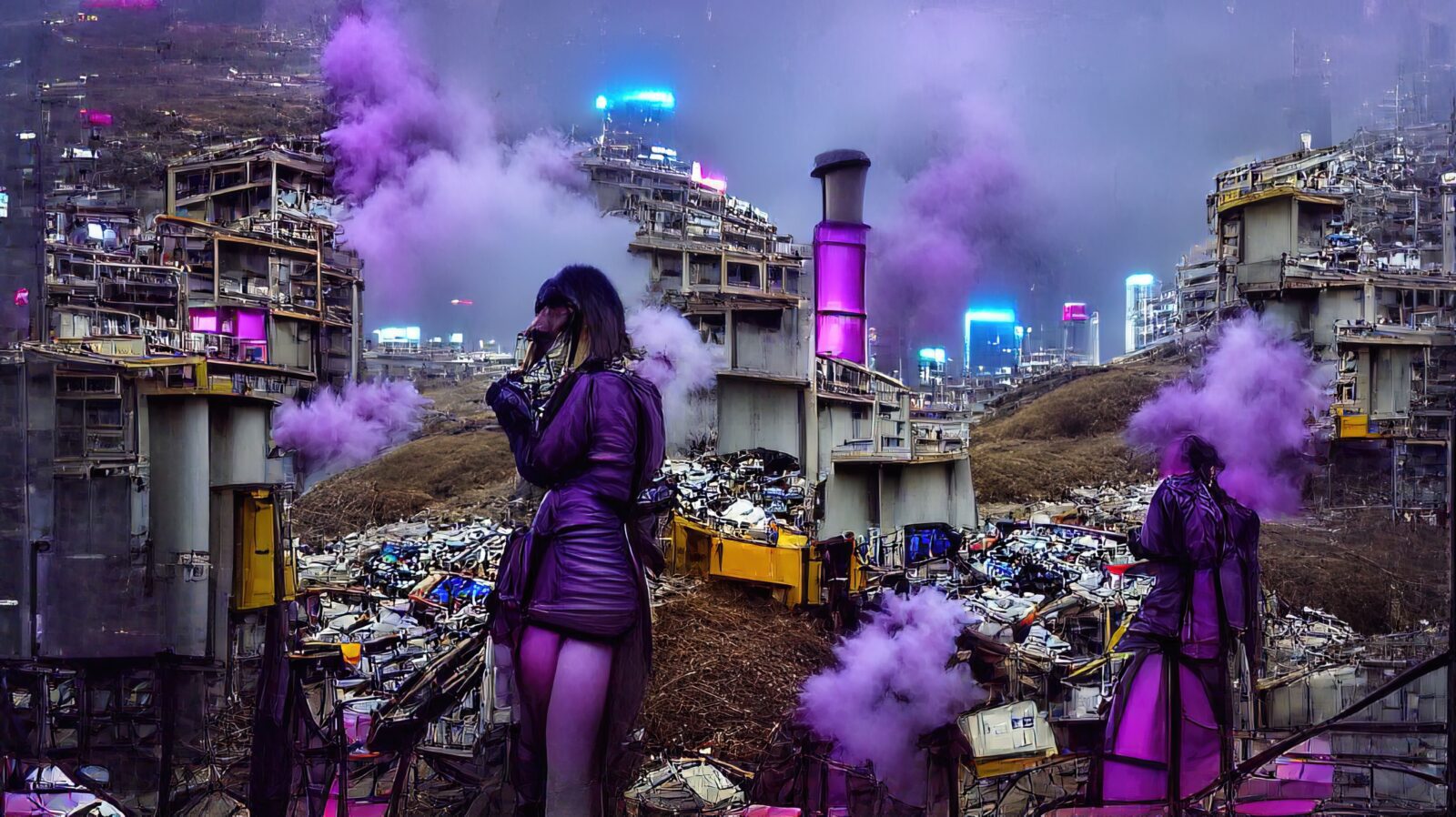 After inaugurating the exhibition of its first ever winner Cyprien Gaillard at the Palais de Tokyo, Audi Talents continues to support contemporary creation, giving a voice to a generation of artists that the program has supported since its creation, under the curatorship of Gaël Charbau, artistic director of Audi talents and exhibition curator.

In the form of videos, images, or musical compositions and with their own vocabulary, eleven talents give us their intuitions on the world of tomorrow, as many singular glances turned towards the future.

« Statistics predict that at the end of the 21st century, 70% of the world’s population will live in cities… But will this city be « sensual », ecological and built for better living together as the architect Jacques Ferrier hopes, or on the contrary impoverished, chaotic and generic as Rem Koolhaas analyzes today?”

The works will be on display until January 8th 2023 on the websites and social media of the Palais de Tokyo and Audi talents. Discover the artists below:

In 150 years the city will be a fragment, a memory of when the real and the virtual were still two different entities. A place we lived in, where we moved around to walk, to shop, to see people. Now all that is only a distant memory told by the elderly, we don’t need a real city anymore. The city we live in is that of an unreal world, where we don’t bother with the laws of physics anymore. The metacity. A rumor says that some people still live together in the mountains, without chips and far from the drains that feed us. It seems that they eat food that comes from the ground, and that each food has a different taste!

Data Center City is part of a tradition of dystopian representation of the city of tomorrow. Camille Menard proposes a contemporary interpretation of Archizoom Associati’s No-Stop City (1969) or Andrea Branzi’s Mercerie metropolis (2010). A city where the drifts of our societies are transposed into architectures and are reproduced ad infinitum to constitute a single and vast territory. In this image the artist is interested in our « techno-social » choices, the deceptive dematerialization of our technologies and the growth of algorithmic surveillance. 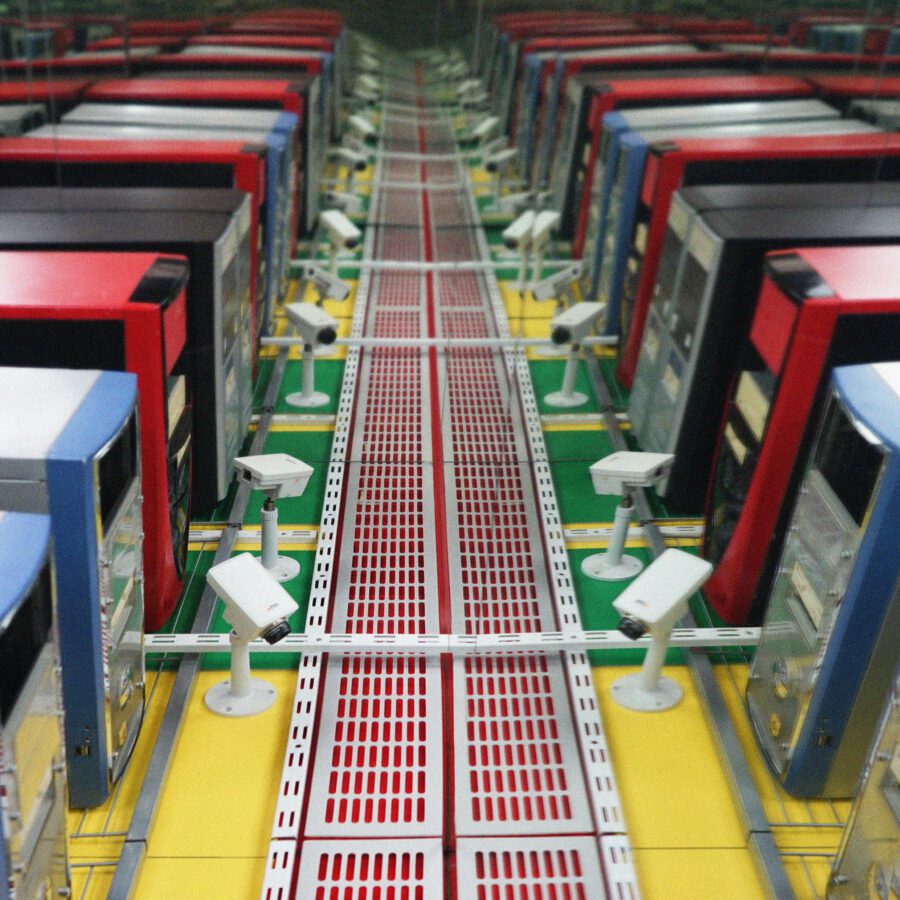 The animation presented by Romain Bodart is composed from night recordings of Paris neighborhoods.
These are then cut out and animated with light boxes or perforated cards. The result is like an urban synesthesia, where our perceptions are enhanced by unusual sensations, here a colored hearing also called synopsia.
Data-City Center ©Camille Menard, 2022

Teddy Sanches sets the context of a utopia where motorized vehicles would no longer exist on the surface of the earth, making way for vast unused urban areas. A universe where humans would regain the freedom of use of their immediate environment, for example, a series of carnivals of indefinite duration proposed by the « princess of the city ».
In this video reminding the codes of virtuality, the character and avatar Skeo, questions his « bartphone » to choose the outfit he will wear during these numerous festivities.

This work by Théodora Barat is part of a long research around nuclear infrastructures. In a view zoomed to the extreme, the artist reveals an oversized and omnipresent grain. A visual context in which current and ordinary urban elements are transposed into a blurred imaginary. While the architectures are barely discernible, the grain, which has become the main protagonist, embodies as much as it announces the presence of radiating elements.

With the drawing, Isabelle Daëron suggests a city where the relations between the components of the urban space would be optimized. She calls for reciprocity and positive externality, that is, equivalent exchange and service to the whole without expectation of reward. The elements are as much our wastewater, a bush, engines, the sun, gas emissions or our homes.
The links, materialized by numerous colored arrows, draw the landscape of a vast work to be carried out. 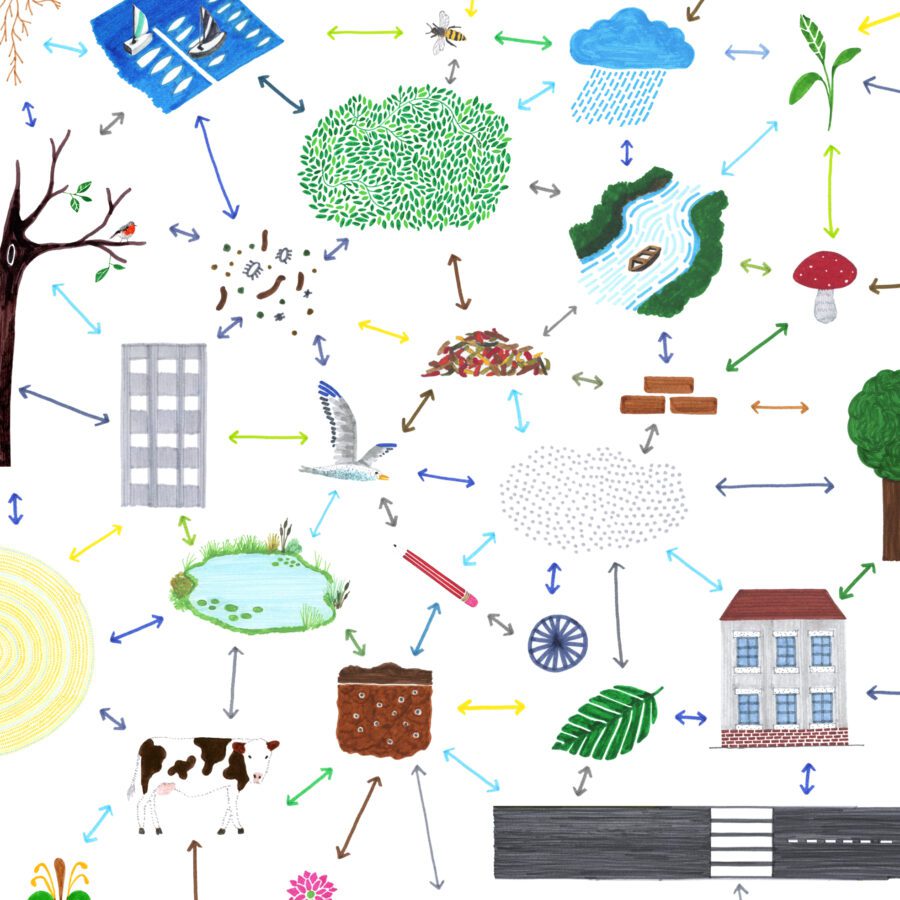 AvatAR is a hybrid work mixing artificial intelligence, 3D and augmented reality. The video and the Viral-C-T filter presented by Anne Horel, testify to multiple cellular and technological transformations imagined by the artist. The artist presents a city where the « homo-digitalus » would cohabit: a trans-species resulting from a symbiosis between humans, animals, viruses, plants and the urban.
A futuristic projection where these trans-identity creatures would colonize the biosphere and the web 6.0, via artificial intelligence. This ambivalent universe, in which the metaverse and the physical world mix, reveals a colorful, tentacular and mutant urban city.

« The exodus of the world’s population to cities has been one of the main features of modernity since the 19th century. In the current context, and particularly as a result of confinement, urban space has appeared to many as mortifying and quite unliveable. Rather than proposing solutions to this uninhabitability of cities according to the utopian regime of modernity, I propose here to immerse myself in this probable future of the extinction of the human species. The city would then become a field of ruins whose elements could be used by an artificial intelligence trying to recompose a body and to protect itself from the outside world in order to create an interiority. The image and text were created in collaboration with an artificial intelligence, so that I don’t know what my contribution was and what the machine’s was, losing myself in it and losing it in me. »

Leonard Martin imagines, in 150 years, a city in which artists-tinkerers would invent « a world made of the remains of the first one » and a new language freed from conformism.
A form of resistance to current civilization, which he describes as already well engaged in a near catastrophe. The image of the workshop that he presents to us sets the framework for the underground circulation of ideas and desires and illustrates his artistic philosophy: « to pursue a research in pure loss, without the primary goal of showing, as much listening as distancing oneself. 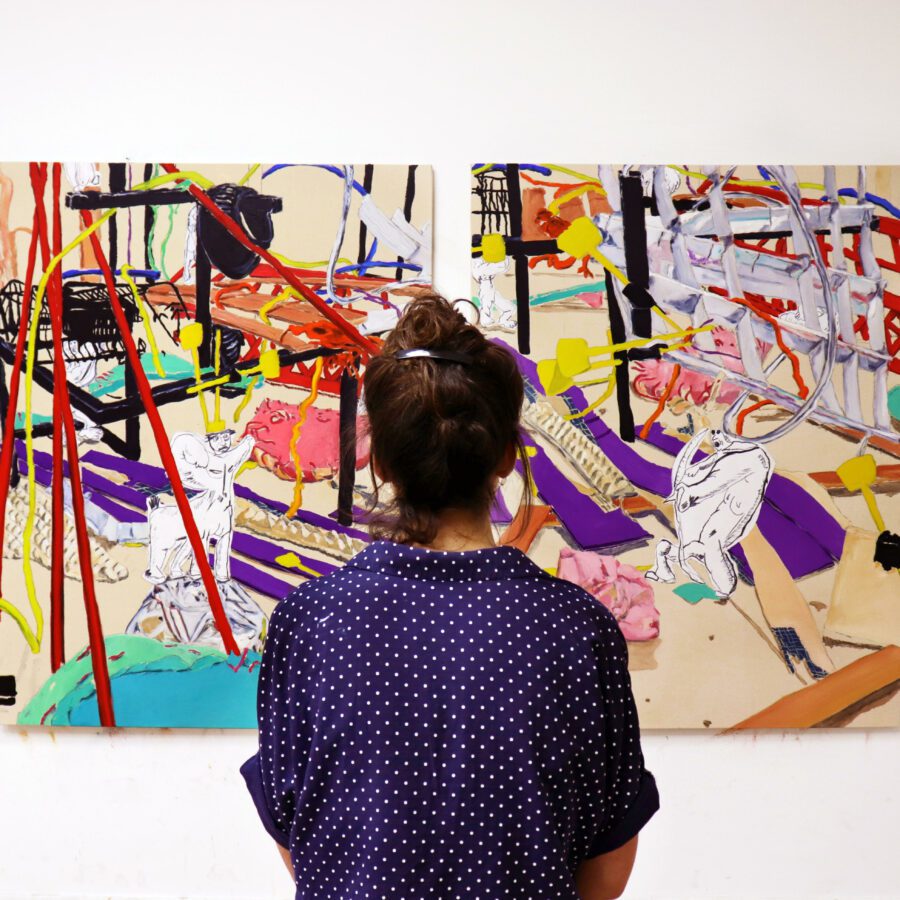 The musical work of Thomas Karagiannis transports us to a city that he imagines to be bright and radiant. An urban environment where the matter, increased by progress, would become transparent, offering to the eyes some gigantic architectural elements but where the natural elements would be preserved. An almost idyllic landscape where only the doubt of an uncertain future would remain present in the mind of the human species.