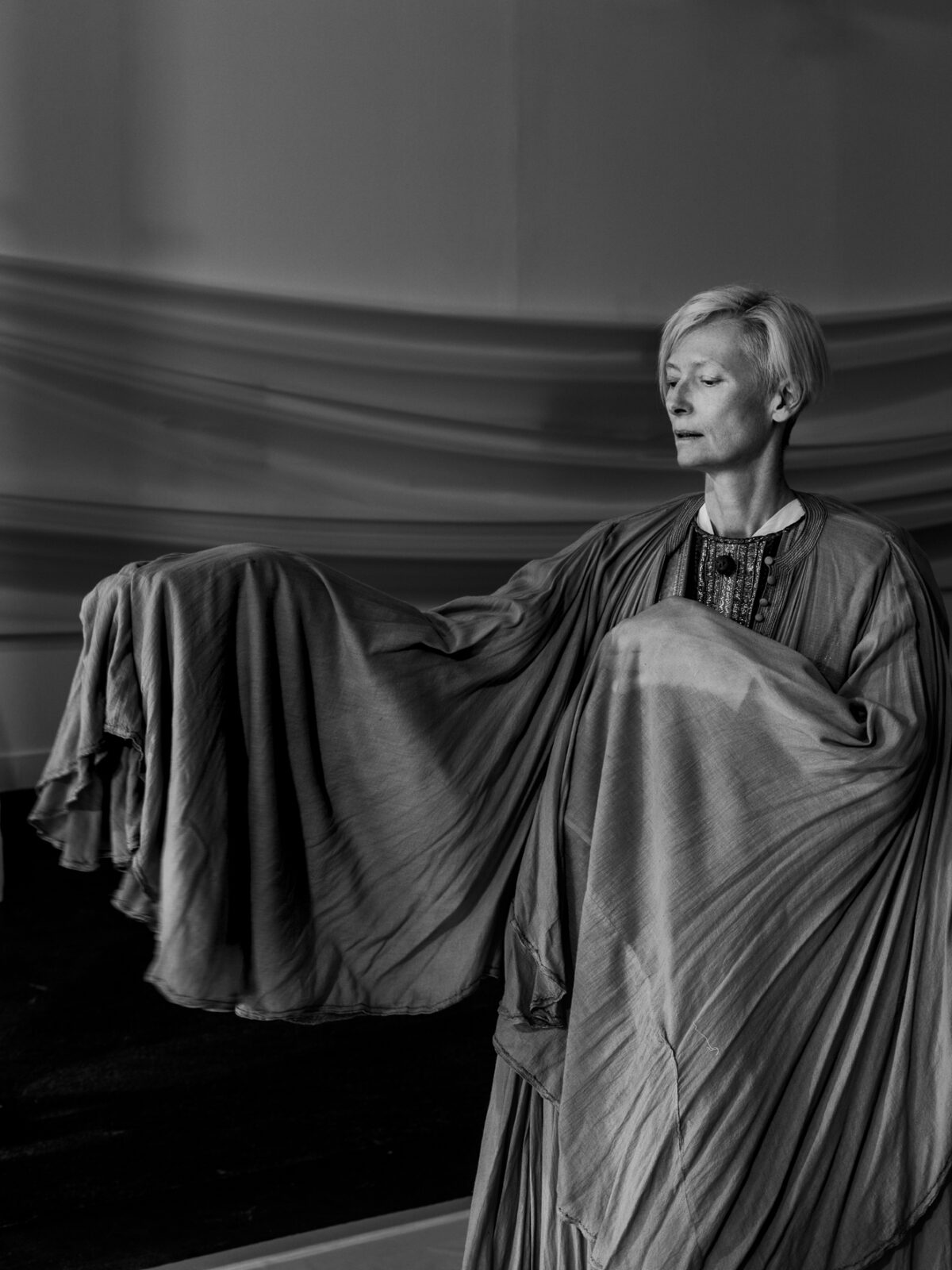 Embodying Pasolini is an original performance created by Olivier Saillard and Tilda Swinton that brings together for the first time a significant selection of costumes designed by Danilo Donati, made by the Ateliers Farani for the Italian director Pier Paolo Pasolini.

Nearly thirty costumes, dresses, coats and hats, fragile works of woven and dyed yarns bring to life Pasolini’s filmography. From The Gospel According to St. Matthew, to Uccellacci e uccellini (The Hawks and the Sparrows), Oedipus Rex, Pigsty, The Decameron, The Canberbury Tales, Arabian Nights, to Salò, or the 120 Days of Sodom, the clothes and costumes, rediscovered from their archives in Rome, tell the story of a long and fertile collaboration that unites the two men, Pasolini and Donati. Few of these costumes have been exhibited before, and many of them have not been shown since the films were made.

The performance intends to follow the process that leads to exhibition—from the discovery of the works, to their identification and their evaluation, to their display and putting the clothes in motion, something which had not previously been allowed. In turn, the costumes are Swinton’s double, her partner, her opposite. Swinton becomes the costumes themselves.