ENHYPEN, the new powerhouse of K-pop, made their fashion week debut on January 15 by attending the Prada FW 2023 Menswear Collection show at Fondazione Prada in Milan, Italy.

Consisting of Jungwon, Heesun, Jay, Jake, Sunghoon, Sunoo, and Ni-Ki, ENHYPEN takes their name from the hyphen (-) – a symbol that connects one word with another. Upon their official debut in November 2020, ENHYPEN, broke out into the global K-pop scene and began smashing from day one with their first mini-album, Border: Day One, achieving the biggest first week sales for a single album among K-pop groups to debut the same year. Less than two years later, the band proved they’re the new powerhouse of K-pop, as they became double “Million-Sellers” in the shortest period of time (since debut) in K-pop history with their first studio album Dimension : Dilemma (released in October 2021) and third mini-album, Manifesto : Day 1 (July 2022), which both debuted on the Billboard 200 at No.11 and No. 6, respectively. Armed with authentic stories in their music and multi-talented presence on stage, ENHYPEN capture the attention of viewers worldwide while performing at global shows like MTV Fresh out Live and The Kelly Clarkson Show.

The members graced the show individually styled in casual pieces such as black jackets and denim. The crowds of media and fans went wild as they were spotting chatting with Miuccia Prada and Raf Simons. 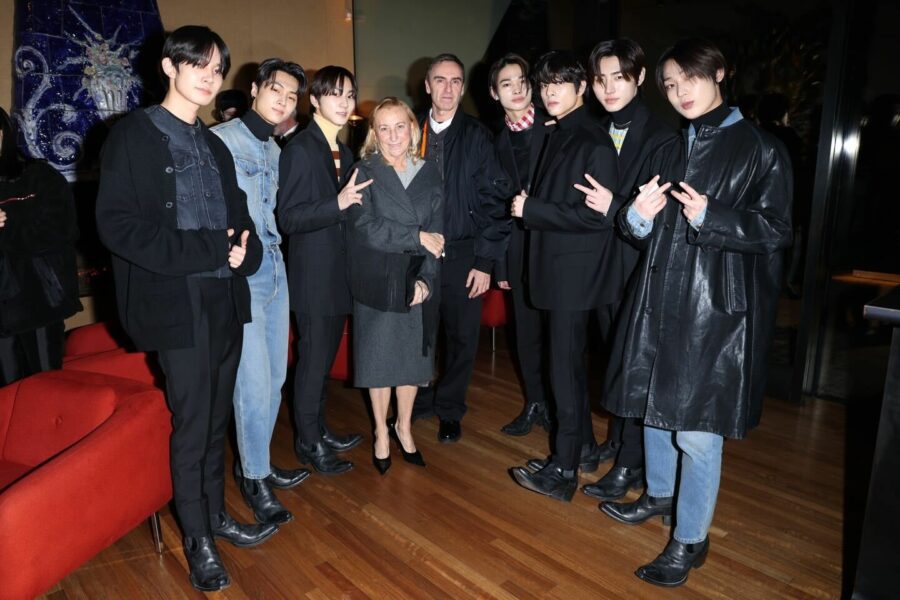