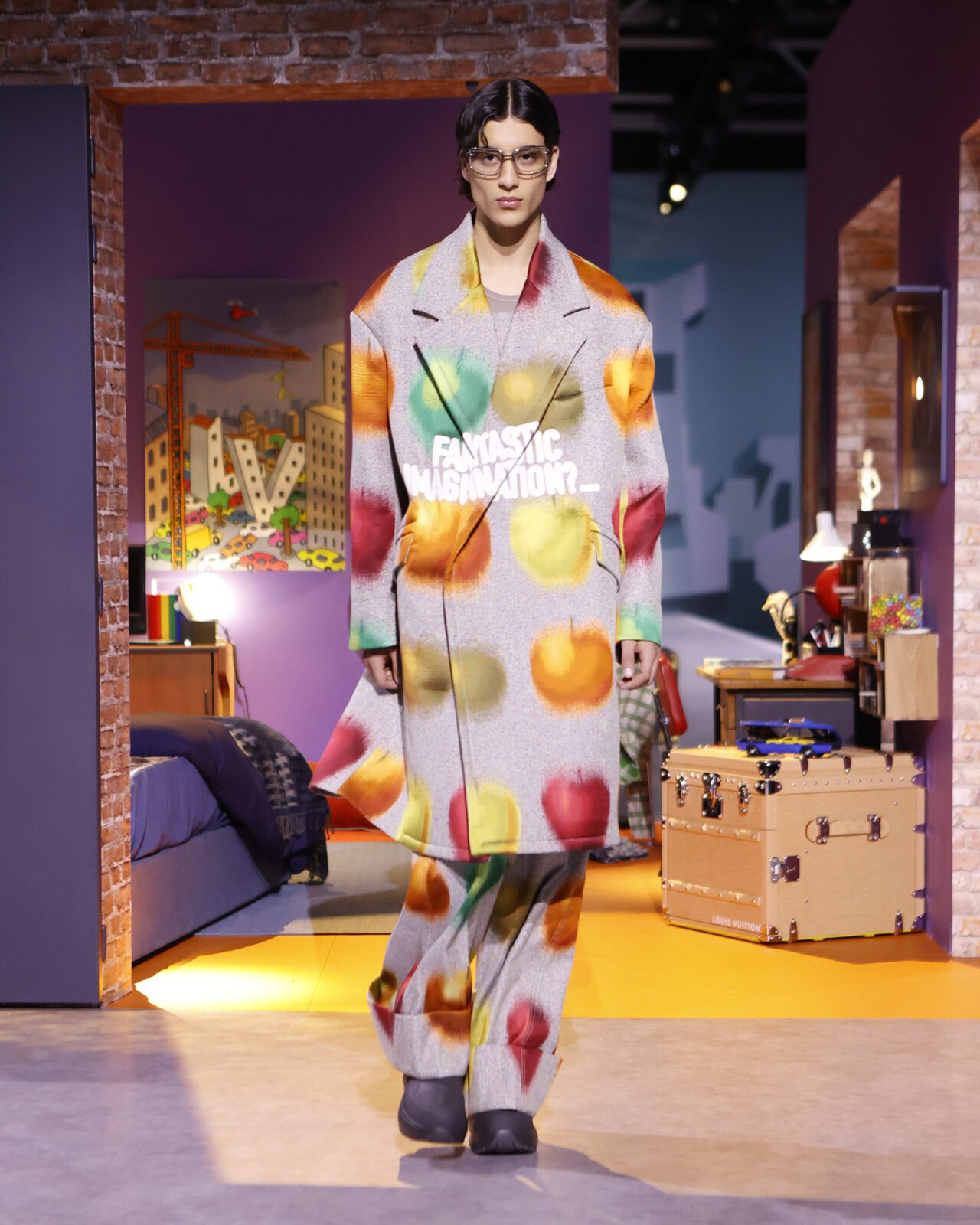 Designed by the Louis Vuitton Studio the Louis Vuitton Fall-Winter 2023 Men’s Collection was embedded with the ideas and concepts of American designer, Colm Dillane, while the show design and its cinematic prelude were directed by the French filmmakers Michel and Olivier Gondry. They joined the ongoing creative conversation with stylist Ibrahim Kamara and the creative director Lina Kutsovskaya, who are both longtime collaborators of the Maison. They were joined on stage by iconic singer Rosalía, who served as musical curator and performed during the show.

In the Cour Carrée du Louvre, Michel and Olivier Gondry constructed a house of ages in which a boy’s first stages of life unfold. Room by room the audience witnessed the formative moments of upbringing play out in familiar scenes. The scenes were imbued with memories from the Gondry brothers’ own childhoods: the bedroom they shared growing up, the excitement of decorating it, and the wallpaper they covered in doodles before it was replaced. Captured in a cinematic prelude that opens the show, their story culminates in adulthood shaped by the memories and experiences of the early stages of life, and the inner child that remains eternally present.

Discover all the looks from the collection below.